What happens in the early response to infections? 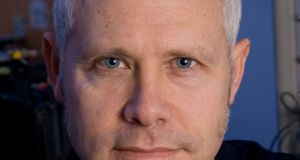 Prof Ken Murphy: ‘I’m a sceptic by nature, so I think almost everything is overhyped. But over time, I’ve learned to keep my mouth shut and stay focused on the science.’

Your work looks at how our immune systems can be ready for different types of attack. Can you tell us a bit more about this?

The immune system has a number of different kinds of tools to use against different types of pathogens [disease-causing agents], and has a great knack for selecting the right one for the job when an infection occurs. Our work over the years has been in understanding how that correct selection is made. We have found that there are very rare cells in the immune system that have evolved to detect what type of pathogen is invading, and to give a precise type of molecular instruction to the much more abundant T-cells that trains them for the appropriate defence.

What has your research been finding?

Science is largely an incremental activity directed at solvable problems. Our work has described the ways that these rare cells, called dendritic cells, develop and function at the molecular level. But they really do make some important decisions during the early stages of the immune response.

In the future, what impact do you think your area of research will have?

Although there are still some challenges with infectious diseases, I think another major application of immunology will be in treating cancer and in preventing Alzheimer’s disease, both problems that arise from the success of humans in living longer lives.

Are there issues in immunology that you feel are overhyped?

I’m a sceptic by nature, so I think almost everything is overhyped. But over time, I’ve learned to keep my mouth shut and stay focused on the science.

If you were not a scientist, what would you like to do for work?

A musician. My uncle, Loyson Mahoney, was a jazz saxophonist. He travelled around with the band in the bus and had a hell of time, later teaching music to school kids in a long career.

You are about to receive the Irish Society for Immunology medal, how do you feel about that?

I had missed the original email about this medal from Ed Lavelle at Trinity because I had been travelling at the time, and I only found out when a friend and a past recipient, John O’Shea, emailed me about a week later saying only one line, which was “Ken, the Irish are looking for you”. I had no idea what that meant, and was a little worried for a minute. But I did a search through my inbox and saw the notice from Ed, whom I wrote immediately with my apologies for the delay. But I was really very surprised and honoured to hear this news.

You are based in the United States but you have Irish heritage, I understand. Have you looked into your roots in Ireland?

Yes, my Dad was a Murphy/Ryan union and my mom a Mahoney, both growing up in very rural parts of Iowa and Nebraska, whose people we think came to America around 1850 or so. I married a Malone. Theresa and I plan to travel through Ireland and learn as much as we can about its great history.