Paul Kammerer may have been an honest scientist

Recent re-examination of his work suggests that he may have discovered epigenetic inheritance, a phenomenon not recognised until long after his death 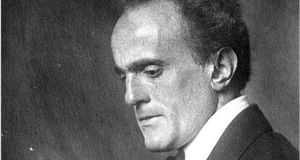 Paul Kammerer: Future investigation may conclusively exonerate him which would make a nice end to his story

Every list of famous scientific frauds includes the case of Paul Kammerer (1880-1926), the Viennese biologist who took his own life in 1926 after charges were made that he fabricated experimental results to show that traits acquired by an animal during its lifetime can be inherited by the offspring of that animal.

But recent re-examination of Kammerer’s work suggests that, rather than frauding, he may instead have discovered epigenetic inheritance, a phenomenon not recognised in biology until long after his death.

The French naturalist Jean Baptiste Lamarck (1744-1829) first developed the theory of the heritability of acquired characteristics. His classic example was to explain how giraffes developed long necks and legs. The primitive short-necked and short-legged giraffe had to stretch mightily to reach the high succulent leaves of trees, developing longer neck and legs in the process. These advantageous acquired traits were then passed on to offspring.

Kammerer forced his experimental midwife toads to mate in water for several generations. He observed that the males eventually developed dark nuptial pads and he claimed that these pads were inherited by their male offspring. Kammerer’s results got a mixed reception from the general scientific community but were enthusiastically received in the Soviet Union where the notion of inheritance of acquired characteristics appealed to Communist ideology.

In 1926, an American scientist, GK Noble, came to Vienna and examined the only remaining preserved midwife toad from Kammerer’s experiments. Noble found that an injection of Indian ink had been used to colour the fingers of the toad causing them to resemble nuptial pads.

Kammerer acknowledged the hoax in a letter to the Soviet Academy of Science in September 1926. He denied personally faking the results and said he did not know who was responsible. Shortly afterwards the 46 year old Kammerer killed himself with a pistol shot to the head.

The term epigenetics was coined in 1942 to refer to the differential turning on and off of genes in different cell types. For example, some genes are turned on in the kidney but turned off in the brain – epigenetics. Genetic information encoded in genes is not altered by epigenetic processes, only the expression of this genetic information. The environment can induce epigenetic changes in an individual and in some cases such epigenetic changes induced in a parent can be inherited by the offspring.

A famous example of epigenetic inheritance were the Dutch woman in early pregnancy who endured severe malnutrition that caused epigenetic changes in a famine over the winter/spring 1944/1945. Their children expressed a higher incidence of obesity and certain mental problems than normal, and some of these problems were also passed on by these children to the womens’ grandchildren.

So was Lamarck right? Well, not as Lamarck envisaged it. If I develop huge muscles in the gym, my children will not inherit this physique. And inheritance of environmentally induced epigenetic changes in mammals seems to peter out after a few generations.

A recent re-examination of Kammerer’s results by AO Vargas and others (Journal of Experimental Zoology, January 2017) concludes they are entirely within the realm of possibilities discovered by modern epigenetics. A naturally occurring specimen of midwife toad with nuptial pads has also been found showing that these animals have the capacity to develop these pads. Future investigation may conclusively exonerate Kammerer which would make a nice end to his story.