The sperm race: How an Irish firm is finding the strongest swimmers 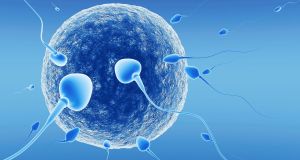 Every year roughly a million fertility treatment cycles are carried out in the EU and the US, and two-thirds of them fail. Fertility problems affect one in six couples and treatment costs about €5,000 for a single cycle in Europe – and twice that or more in the US.

It takes an average of three cycles for a couple to conceive. When the treatments fail, those involved pay a heavy emotional and financial price.

“Infertility is often wrongly seen as predominantly a female problem. But in up to 50 per cent of cases, issues with the sperm are a major contributing factor,” says reproductive specialist Dr Sean Fair, who is also the driving force behind a new technology that dramatically improves sperm selection and increases the chances of a successful pregnancy.

Sperm is produced in the hundreds of millions, which suggests that a reasonable proportion will successfully make it up the female reproductive tract. This is not the case. Even in men considered to have robust fertility levels, only 4-8 per cent of their sperm have what is considered the “normal” shape required to go the full distance and fertilise an egg.

“In a fertility clinic setting, most eggs are fertilised by an intra cytoplasmic sperm injection. This involves the embryologist selecting a sperm and injecting it directly into the egg,” Fair says.

“An experienced embryologist will select the best sperm available with a normal shape but they have no information about its DNA integrity – which can fragment – as the only test available to check it would destroy the sperm. We know that high sperm DNA fragmentation leads to lower fertilisation rates and doubles the risk of miscarriage, so the selection of sperm with the best DNA integrity is crucial.”

Fair’s background is in animal science, and he has been researching for the past 15 years how sperm interact with the female reproductive tract. Although much of his professional life has been spent on animal reproduction, he says there are close parallels with humans and it was a small step to transfer what he knew in one context to another.

“I’m guessing that not a lot of people know that Ireland has been at the leading edge of animal reproductive science for probably 40 years now, and there is a huge reservoir of knowledge here on the subject,” says Fair. “I felt there was significant potential to apply what we already knew about animals to humans given the mammalian similarities and I spoke to numerous fertility specialists who immediately identified with the science and saw it as a significant step forward in helping couples to overcome their infertility problems.”

In August his research took a giant step towards commercialisation with the formation of NeoMimix, which will take the technology to market. The company’s co-founder is embryologist Declan Keane (also founder of the ReproMed fertility group), and NeoMimix will be spun out from the University of Limerick, where Fair is based at the Bernal Institute. Market launch has been set for 2023.

“We knew from looking at how sperm progress up the female reproductive tract in farm animals that they swim up small grooves along the edges of the cervix against outward-moving mucus. I discussed replicating this process in the lab with my engineering and product design teams and this led to our first basic prototype, which allowed us to see the sperm swimming against a fluid flow,” says Fair.

“What’s developed from there is NeoMimix’s proprietary technology, which works by naturally stimulating the sperm to swim in microchannels against an active fluid flow. In other words, it’s exactly how sperm naturally orientate and swim up the female reproductive tract against an outward flow of mucus produced under the influence of oestrogen around the time of ovulation.

We can complete the selection process in about half the time it takes with current methods, and environmentally what we’re doing is also a step forward, as our technology requires the use of a single disc, not multiple test tubes that have to be discarded after use.”

NeoMimix’s microfluidics-based technology comprises a small reusable control unit and a disposable plastic disc with multiple tiny channels that act like the grooves of the cervix. The sperm sample is placed on the disc and the system then mimics the way the female body naturally conducts its selection process. In short, it’s all about survival of the fittest, and what’s left at the end of the process is an elite group of super swimmers.

The embryologist then works with this elite cohort alone to fertilise the egg, thereby enhancing the potential for pregnancy and reducing the number of IVF cycles a couple has to go through.

Shaun Rogers is an embryology clinical scientist at the Gennet City fertility clinic in London, which is part of Europe’s third-largest provider of IVF. He has spent almost three decades in the field and is encouraged by what he has seen and heard so far about the NeoMimix technology.

“There have been big advances in fertility treatment in the last 10 years but a lot of it has been focused on the embryo and improving the implant potential,” says Rogers. “The preparation of sperm samples has received less attention so there have been fewer big developments, which is why what NeoMimix is doing is particularly relevant. There are significant advantages to a sperm sorting system that will give us a better functional population to work with.”

“In my experience the ideas with the best potential usually come from the field rather than from a research company working in isolation,” says Rogers. “In the case of NeoMimix you have an approach that combines the best of both worlds: the experience of a reproductive biologist who has worked in the field for over 30 years and the rigorous approach of an academic researcher at the leading edge. Putting the two together gives the best chance of producing something that’s different and ground-breaking.”

Fair says the advantages of NeoMimix’s system will become obvious to the infertility community once the company breaks cover and begins actively demonstrating its technology. “Currently, our ‘competition’ and the industry norm is a method called density gradient centrifugation.

This is where sperm are spun in a centrifuge at high speed and forced through silica nanoparticles. More dense sperm are pushed to the bottom,” Fair says. “This technique is rudimentary and not very selective. In addition, the centrifugation process stresses the sperm (our technology does not) and silica nanoparticles can get stuck to it and then need to be washed off by further centrifugations, which is far from ideal.”

Component parts for NeoMimix’s technology will be made in Sligo and Shannon, and its potential customers are fertility clinics worldwide. Its addressable market is estimated at €280 million, and Fair says the company intends to develop its microfluidics platform into a total embryo culture system that will open up a potential market of €23 billion.

Between now and the product launch in roughly two years’ time, the device has to go through US and EU regulatory processes and the company is about to embark on a €2 million fundraising round to build out its team and proceed to market. Investment in the technology to date is about €700,000, which has come from Enterprise Ireland, UL and the EU’s EIT Health innovation network.