Brown dwarf stars: What’s the weather like up there?

Research Lives: ‘This kind of astronomy is probably the ultimate in remote working’ 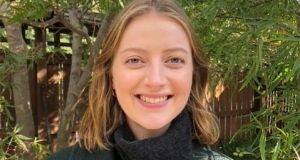 You work at at American Museum of Natural History in New York, which sounds amazing – what do you do there?
It is pretty much a dream job, doing scientific research at the museum. I work in astrophysics. The museum is home to the Hayden Planetarium, and we have a research programme here, too. Within that, I work on a type of star called a brown dwarf.

What exactly are brown dwarf stars?
Brown dwarfs are stars that are somewhere between a star like our sun and a planet. One way they can form is in “stellar nurseries” in space, where dust accumulates and collapses in on itself. If there is not enough dust to form a star like our sun, which releases energy and shines, then you get a brown dwarf star that gets cooler and cooler.

In other cases, a brown dwarf may form more like a planet does, around a star, but the brown dwarf gets ejected from the normal route the planets take around the star and it floats more freely in space.

Why do you want to look at these stars?
They are interesting because they can have atmospheres, like planets do, but they are easier to examine because they are not close to shining stars that interfere with our view. So our research looks at the weather systems on brown dwarf stars.

What have you been finding?
We collect information from telescopes in space and on Earth, and we measure the rotation of the core of the brown dwarf and compare it with the rotation of its atmosphere.

From that we have been able to provide the first direct measurement of wind speed, which we published in Science. It was about 650m per second, so that is pretty wild weather.

That’s impressive. Have you been able to continue the work during the pandemic?
Yes, this kind of astronomy is probably the ultimate in remote working. We were able to book time on telescopes to collect data, and then we could analyse the results. A lot of my research is on the computer, writing proposals and code and doing analysis. So I could keep working from home here in New York.

How did you get interested in astrophysics?
When I was growing up in Clontarf in Dublin, at school in Holy Faith, I was interested in chemistry and I went to Trinity College Dublin to study natural sciences. I found out fairly quickly, though, that I didn’t really enjoy lab work, and I was drawn to astronomy and astrophysics.

The big turning point for me was in my final year when we went on a class trip to La Palma on the Canary islands. We spent the days working on solar physics and then at night we got to visit the telescopes there. That was a big moment of “wow” for me.

What has it been like living in New York this year?
It has been a rollercoaster and it was especially tough and scary earlier this year when New York was so badly affected by Covid-19. One of the things that has helped me to cope in the last few months is exercise.

Before Covid-19 I was getting to practise ballet at amazing studios here, but now I am mainly doing yoga and working out on my exercise bike. It has been tough missing my colleagues in person, and I’m looking forward to being able to get back to the museum to work.