The Nazis believed in medical ethics. But they were a twisted, depraved version

Notions of ethnic purity and exclusion are still with us. We must remain vigilant 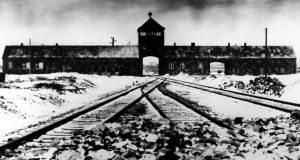 Considering the many atrocities perpetrated by Nazi medicine, including barbaric human medical experimentation, “involuntary euthanasia” – a euphemism for a programme of killing the infirm – and mass murder, you might think that it simply ignored medical ethics. But the Nazis took ethics very seriously, and from 1934 to 1945 they were a mandatory part of the curriculum at German medical schools. Of course the ethics taught were Nazi ethics. The story of Nazi medical ethics is told by Florian Bruns and Tessa Chelouche in a recent Annals of Internal Medicine.

Eugenics – selective breeding, essentially, prompted by the Nazis’ lionising of the strong and the fit and their frowning on the weak – became popular in German medicine, particularly after Germany’s defeat in the first World War. These ideas flowered when the Nazis came to power. For example, the Law for the Prevention of Hereditarily Diseased Offspring, passed in 1933, required physicians to refer patients with hereditary diseases to public-health officials for involuntary sterilisation.

A revised medical curriculum, including lectures on racial hygiene, heredity and population policy, was introduced to promote Nazi ideology to medical students. And a new subject, “medical law and professional studies”, became mandatory, in order to create a “new type of physician”.

The unequal worth of people and the necessity to maintain a pure Aryan race were emphasised. The overall thrust of medical care and ethical concern was shifted from the individual patient towards the welfare of society as a whole, in order to create a powerful people, or volk.

Rudolf Ramm, who wrote the official medical law and professional studies textbook, described three distinct dangers facing the German people: “racial miscegenation”, a declining birthrate and the “growth of inferior elements”. He blamed religion and socialist ideology for causing these perceived dangers by encouraging a “disregard for the laws of nature”. Ramm also condemned healthcare for “hereditarily inferior” people and declared that every German had a moral duty to stay healthy.

This Nazi ethic morally justified the extermination of “pathogens” such as Jews and other undesirables, patients with hereditary diseases and patients with disabilities, in order to heal the whole organism of the German people.

This attitude is succinctly illustrated by Fritz Klein, an SS doctor at the Auschwitz and Bergen-Belsen concentration camps, who was asked by an inmate how he reconciled their smoking chimneys with his pledge under the Hippocratic oath, which required him to preserve life. “Of course I am a doctor and I want to save life,” he replied. “And out of respect for human life I would remove a gangrenous appendix from a diseased body. The Jew is the gangrenous appendix in the body of mankind.”

Bruns and Chelouche cite Eugen Stähle, a GP who taught medical law and professional studies. Under his guidance Grafeneck Castle, in southwestern Germany, was converted into a killing centre where more than 10,000 mentally ill patients were gassed and cremated. Stähle is said to have remarked: “The fifth commandment – ‘You shall not kill’ – is not a commandment of God but a Jewish fiction.”

After the war, in 1946-7, 23 leading Nazi medical doctors and administrators were put on trial at Nuremberg for war crimes and crimes against humanity. Sixteen were found guilty. Seven were sentenced to death; they were executed on June 2nd, 1948. Rudolf Ramm was tried separately, by a Soviet military tribunal, sentenced to death and executed in 1945.

Few of these doctors, if any, expressed remorse at their trials, asserting instead that they had always acted morally correctly. They had learnt their Nazi medical ethics well.

Medical ethics are much more fragile than we might like to believe. Obviously, as the Nazi experience shows, medical and scientific ethics can be overwhelmingly influenced by political and social forces, and we can never take current ethical standards for granted. Bruns and Chelouche stress that we must remain aware that violating individual rights always damages society. The Nazis sacrificed individual rights supposedly in the interests of society as a whole, and we can see the consequences. But the ideas that caused so much trouble in the past, notions of ethnic purity and the need to exclude certain people, are still with us. We must remain vigilant.