Genetic techniques will make it possible to bring extinct species back to life, conference told 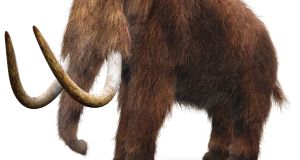 If cloning a mammoth was to become possible, a living cell would be necessary “to jump-start cellular specialisation and development”, Prof Beth Shapiro told the Schrodinger at 75 conference in Dublin.

It is not yet possible to clone a mammoth and bring it back to life but the use of advanced genetic techniques will make it possible to achieve “de-extinction” of species across the world, evolutionary biologist Prof Beth Shapiro has predicted.

While extinction has always happened, it is now occurring at 22 times above the normal rate as the world enters its “sixth extinction period”, due to human effects on the environment, she warned.

Addressing the Schrödinger at 75 conference in Dublin, Prof Shapiro said there had been a 50 per cent decline of species during a relatively-short period - while 41,000 species were currently on the endangered list.

However, it was possible to slow down extinction through conservation and preservation of habitats. Further progress was being made by “genetic rescue” through identifying threatened populations, and then deploying what are known as “de-extinction” strategies.

This combination of approaches was helping to arrest the decline of pumas, mountain lions and panthers in North and South America. Using radio-tracking of animals and genomic sequencing it was possible to identify isolated populations in decline due to the effects of inbreeding and then to reconstruct their “evolutionary history”.

Genetic technology was also very useful, for example, where there was only one population of a species left in the world, as was the case with black-footed ferrets in the US, she said.

By looking at the genome of an extinct population, preserved by freezing of samples, it was possible to identify genetic differences and to “insert diversity” back into animals - and to increase their chances of survival. It was also possible to identify “cousins” – ie, related species – that were resistant to disease such as plague. This raised the distinct possibility of identifying genes that confer disease resistance and introducing them into the ferret’s genome.

If cloning a mammoth was to become possible, a living cell would be necessary “to jump-start cellular specialisation and development”, Prof Shapiro said. If that was somehow realisable the big issue then would be where to place “de-extinct” species on the planet.

The global focus should instead be on endangered species, she believed. There were risks in using “genomics and scary biotech” but they were worth taking if they worked in changing many reports of species extinction to one good story of “de-extinction”.