TCD geneticists in breakthrough on autism and epilepsy

Professor in genetics and head of department, Aoife McLysaght, explains the significance of their gene breakthrough. Video: Enda O'Dowd 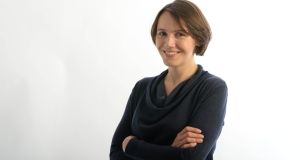 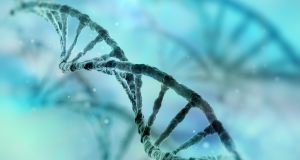 Being able to pinpoint a gene’s association with disease is important because it could open up new treatment options for difficult to treat conditions.

Geneticists at Trinity College Dublin have found a faster new way to help identify genes associated with a number of medical conditions, including autism and epilepsy.

Being able to pinpoint a gene’s association with disease is important because it could open up new treatment options for difficult to treat conditions.

Professor in genetics and head of department Aoife McLysaght led the research which focused on neurodevelopmental disorders including ADHD, developmental delay, schizophrenia and intellectual disability.

It involved a novel new way to look at disease-related DNA not by studying the genes as they are today but by watching their evolution over time, said Prof McLysaght, whose research is funded by the European Research Council.

The researchers were interested in places where the DNA made multiple copies or deletions of itself. They also wanted to see what genes near these places were doing.

Humans all have these duplicates and deletions that vary in size and seem random, but the Trinity team noticed a pattern when they were near a gene associated with a disease condition.

The copies and deletions tended to be longer near these genes but there were fewer of them, something that encouraged Prof McLysaght to make a link with “Goldilocks”.

“Our idea was that there must be some genes within these regions with Goldilocks properties - too much or too little duplication and things don’t work properly,” she said. “The number of copies must be just right.”

The group looked back over our evolutionary history, searching for genes that did not seem to tolerate too much or too little variation.

It found that there was far less variation around genes associated with neurodevelopmental disorders compared to genes that had no association with disorders.

This held true for humans but was also true for other mammal species including sheep, dogs, rabbits and gorillas.

Details of the work were published on Wednesday in Nature Communications.

The research shows that our evolutionary history could be useful for understanding human disease, Prof McLysaght said.

It could also make it easier to identify genes linked with a developmental condition.

“These metrics also allow us to home in on a short list of genes as candidates for the diseases in question,” she said.