Quantum leap for Dublin in the search for exoplanets 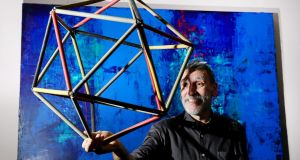 The location of exoplanets, the transmission of “quantum information” and the nature of seismic events on ocean floors are among the big topics needing consideration this century and beyond – and they will be explored in depth by Dublin Institute for Advanced Studies (DIAS) in coming years.

Its programme of research, combined with the publication of a new four-year strategy, was a clear demonstration of Ireland’s long and continuing commitment to frontier research, according to institute chair Prof Vincent Cunnane.

“Since it was established 80 years ago, DIAS has been a powerhouse for advanced research and scholarship, a magnet for international research talent, and – because of its global reputation – an ambassador for Ireland, ” he said at a briefing recently.

DIAS was embarking on the next phase of its development at a time of increasing geopolitical uncertainty, he said.

“There is growing concern about the sustainability of our planet and a strong desire to understand our solar system, our Earth and its natural systems better. Never before has there been such an imperative for progress in terms of our understanding of the underpinning principles for our existence.”

The number of active researchers on site at DIAS is to be increased by 50 per cent and, in doing so, enhancing gender balance using “targeted initiatives for a period of time”, said its chief executive and registrar Dr Eucharia Meehan.

It currently hosts researchers from 30 countries in its three schools of Celtic Studies, Theoretical Physics and Cosmic Physics, and plans to consolidate its three bases in the city to one location.

The strategy for 2018-2022 includes developing new technology and software for space missions, such as the ESA Solar Orbiter satellite (due for launch in 2020) and the ESA ARIEL satellite mission hunting for exoplanets (due for launch in 2025). It will also contribute to new space technology development as proposed under the Government’s Project Ireland 2040 plan, and help build the successor to the Hubble Space Telescope.

Astrophysicist Prof Peter T Gallagher said their research would continue to focus on galaxies, the stars and the sun, and the effects all of these have on planet Earth. A particular focus would be on understanding how stars and planets are formed.

In addition, finding planets was a big part of their work. “Imagine if we found a planet like our own out there, and imagine that it had signatures for life on it; how that would affect our perspective on the world and of our place in it.”

Underpinning sustainable global development and advancing understanding of “Earth system change” will be a priority, through the use of satellite and other technologies, said geophysicist Prof Chris Bean.

We are deeply convinced the world needs quantum computers

The interaction between the atmosphere, the oceans and the topography of the Earth was emerging as being critical to understanding the world and potential hazards, he said. Mapping and modelling change was important because of the planet’s uncertain future.

Advancing the unification of gravity and quantum physics will feature in research at the School of Theoretical Physics; notably the likelihood that geometry is at the heart of both, which could be the way to unlock secrets along the way towards creating the quantum computer, its director Prof Werner Nahm said.

“We are deeply convinced the world needs quantum computers,” he added. They would enable climate change to be tackled, for example, and essential new drugs to be developed in much quicker ways, he predicted.

DIAS’s successful “Irish Script on Screen” initiative established in its School of Celtic Studies will continue to be developed. It provides a virtual library of unique medieval manuscripts from the sixth to the 19th centuries to enable global access and insights to Celtic identity, language, society and legacy.

Dr Meehan said DIAS would continue to be a beacon for fundamental research and a hub for advanced research. “Our work will strengthen Ireland as a home for intellectual leadership, independent critical enquiry and innovative frontier research.”

DIAS is to continue key international partnerships such as those with the International LOFAR Observatory; NASA and the European Southern Observatory.

Dunsink Observatory in Co Dublin, which is part of DIAS, is to be made more accessible as a public cultural and scientific resource, especially for young people. Earlier this year it was selected by the European Physical Society as “a site of historical significance” in recognition of the genius of Sir William Rowan Hamilton, who lived and worked there from 1827 until his death in 1865.