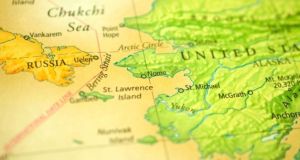 It was cold, remote and involved picking fights with woolly mammoths – but it seems Siberia 30,000 years ago was home to a hardy and previously unknown group of humans. Scientists say this discovery could help unpick longstanding mysteries about the ancestors of native North Americans.

Now scientists say they might have found some answers to the conundrums.

Writing in the journal Nature, Eske Willerslev and colleagues reveal how for their latest study they drew on existing data from modern populations as well as analysing DNA from the remains of 34 individuals obtained from sites around northeastern Siberia, dating from more than 31,000 years ago up to 600 years ago.

The key remains were fragments of two tiny human milk teeth, shed by males, found at a place in Russia called Yana Rhinoceros Horn Site. First excavated in 2001, the site offers the earliest direct evidence of humans in northeastern Siberia, with finds including bone items and stone tools. Indirect evidence of human populations in northeastern Siberia goes back to more than 40,000 years ago.

While it had previously been thought that these key remains might be from the ancestors of native North Americans, the DNA data suggests otherwise.

“What we see here is a much more complex story than what we believed was the case,” said Mr Willerslev, director of the Lundbeck Foundation Centre for Geogenetics at the University of Copenhagen.

The results reveal these individuals were part of a previously unknown yet widespread group, dubbed the Ancient North Siberians by the team, who were genetically distinct from both Eurasians and East Asians. The researchers say they split off from the former 38,000 years ago – in other words, very shortly after Eurasians and East Asians themselves became genetically distinct. “They were living as big game hunters of woolly mammoth and woolly rhinoceros,” said Mr Willerslev.

But, crucially, this population does not appear to be the direct ancestors of native North Americans.

“[Ancestors of] Native Americans are not the first people in northeastern Siberia as most people, if not everybody, thought,” said Mr Willerslev, adding that DNA recovered in northeastern Siberia from what is believed to be an Ancient Paleo-Siberian was crucial to the work. “This [DNA] is the first evidence we have, real evidence, of something very close genetically to Native Americans,” he said.

The team added that one possibility is that the mixing involving the East Asians occurred in southern Beringia – one of the areas that could have offered respite from harshening conditions at the time.

The Ancient Paleo-Siberians were themselves supplanted by another band of East Asians heading north about 10,000 years ago that gave rise to a group dubbed the “Neo-Siberians”. “The vast majority of the genetic makeup of present-day Siberians comes from this last push,” said Mr Willerslev. “This is also the reason you don’t have any very close connection between contemporary Siberians and Native Americans.”

John Hoffecker from the University of Colorado Boulder, who was not involved in the study, welcomed the research, saying a striking feature of the study is that humans were faring well in northeastern Siberia, even in very difficult conditions, 30,000 years ago – with the genetic data from the teeth suggesting the males belonged to a population of about 500 people.

“That’s a pretty healthy population,” he said. “We had no idea 30 years ago that we had this robust, healthy hunter-gatherer population thriving up in the high Arctic 30,000 years ago – it is amazing.”

Mr Hoffecker added that the presence of the group suggests it was the ice sheets in North America, not hostile conditions in Beringia, that kept people from reaching the Americas sooner. – Guardian