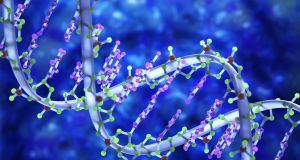 It will become common practice to drill cores at archaeological sites and to isolate DNA from different depths. Photograph: Getty Images

A revolution in archaeology will happen over the next decade, according to Prof Svante Pääbo, the leading expert on the DNA discovered in extinct Neanderthal cousins.

The director of the Max Planck Institute for Evolutionary Anthropology in Leipzig, Germany, told “Schrodinger at 75” meeting in Dublin that new ancient DNA techniques “will free us from a reliance on only bones and artefacts”.

Prof Pääbo has resurrected the Neanderthal genome by sequencing DNA from tiny bone fragments. His latest strategy, however, is to identify ancient DNA from soil samples; what he called molecular archaeology.

It will become common practice to drill cores at archaeological sites and to isolate DNA from different depths, he said, and the DNA would indicate which humans lived where and when. “We will then distinguish between modern humans and Neanderthals.”

The technology exists now to pick out specific pieces of DNA that distinguish between modern humans and our extinct relatives, he added. This would shine light on the ebb and flow and mixing of modern and extinct human peoples, he predicted.

Neanderthals lived in Western Europe from around 400,000 to 40,000 years ago, when they went extinct, “in conjunction with modern humans arriving on the scene,” he added.

Extinct Neanderthals have not vanished entirely though as many humans carry fragments of Neanderthal DNA, Prof Pääbo has shown. One variant of a gene that came from Neanderthals resides in one in four people in Asia, and is associated with higher risk of Type II diabetes. Other Neanderthal genes are protective against diseases. For people outside of Africa, perhaps two per cent of their genome owes its origin to interbreeding between Neanderthals and our Homo sapiens ancestors.

Prof Pääbo said scientists would soon find more extinct human cousins as had happened before. In 2010, Prof Pääbo’s lab sequenced DNA from a finger bone fragment found in a remote cave in Siberia. The bone was from a new species of extinct human; the Denisovans. “We think they were quite widespread in the past. All over Asia people carry small pieces of Denisovan DNA in their genome,” Prof Pääbo said.

He is now searching for DNA traces in sediments to try reconstruct the complicated history of who lived in the Siberian cave. He believes Neanderthals, modern humans and Denisovans lived in the cave at different times. It seems they may have shared the cave too.

In August, Prof Pääbo reported in the journal Nature that a bone from this cave was shown to belong to a female who was half Neanderthal and half Denisovan and died around 90,000 years ago. This was the first time scientists identified an ancient individual whose parents belonged to two distinct humans.

In future, he said, we could collect enough ancient DNA to reveal how and when distinctly Neanderthal or modern human traits emerged during evolution. “Neanderthals are our closest relatives and if we want to define ourselves we should compare ourselves to them.”