How did we lose the will to replace ourselves and, knowing the demographic consequences of losing that will, can we reclaim it? 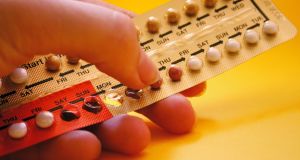 To paraphrase The Communist Manifesto, “A spectre is haunting Europe, the spectre of demographic extinction”. Birth rates have dropped drastically across the developed world and population numbers are being topped up by immigration. If this continues, elementary demographic calculations show that indigenous populations and cultures will vanish. One would imagine this prospect would rival climate change as a topic for heated public debate but, amazingly, almost nobody is talking about it.

Declining European birth rates are starkly illustrated by comparing African and European populations. The population of Europe exceeded the population of Africa until the end of the 20th century, when Africa caught up. Africa’s population will become increasingly larger than Europe’s over the course of the 21st century. Longer-term UN projections predict that, if European fertility rates remain at current low levels, half the European countries would lose at least 95 per cent of their population by 2300. For example, Italy (current fertility rate of 1.4) would only have 1 per cent of its population left. There would be a public outcry if this prospect faced a well-known animal species such as lions.

But what about migration and immigration? Well, cross-border immigration presently accounts for much of the population growth seen in developed countries with low fertility rates. Fertility rates among the immigrants are usually significantly greater than indigenous rates in the host states. Nations such as the US, Australia and Britain could expect little population growth up to 2050 without international migration. In many other developed countries, population numbers will fall up to 2050 despite immigration, but the size of the fall will be reduced by immigration.

The first figure in the brackets in the following UN projected statistics represents the percentage increase or decrease in population, assuming immigration and the second figure assuming no immigration. Population increases are projected by 2050 for example in Australia (+39, +8), US (+21, +6), the UK (+17, +4) and France (+10, +4) and a decline in population in Spain (-3, -10), Italy (-5, -14), Japan (-16, -18), Germany (-8, -16) and the Russian federation (-10,-13) (see J Chamie in YaleGlobal Online). On the other hand, the populations of many traditional emigration countries such as Mexico would be larger in the future without an outflow of migrants.

A certain level of migration is inevitable because of people fleeing wars and natural disasters, and such migration must be accommodated. But there are also powerful incentives motivating people to migrate from poor to developed countries in order to better their lives: high unemployment, low wages, poor housing, education and health services are endemic in developing migrant-sending countries, making living conditions in developed migrant-receiving countries appear almost heavenly to people in the poorest countries. However, a continuing high-level of such immigration into developed countries has predictable negative consequences.

Although immigration buoys up population numbers, providing a convenient supply of workers to maintain the economies of developed countries, immigration cannot prop up the indigenous cultures in the host countries. Unless indigenous fertility rates increase sharply, immigration-induced restructuring of many European nation states can be expected to first dilute and eventually replace indigenous cultures and social structures and experience to date predicts troublesome upheaval to accompany this transition. Surely Europe needs to rethink its attitudes to indigenous fertility rates and immigration policies.

Immigration is now an election issue in many countries. The debate usually revolves around fears that immigrants drive down wages, dilute social welfare and take jobs that would otherwise be available to native nationals. But the deeper questions are: how did we lose the will to replace ourselves and, knowing the demographic consequences of losing that will, can we reclaim it? These vitally important questions call for vibrant public debate.