Profile: The Dublin Fingal representative is a hard worker with a strong record on migrant rights 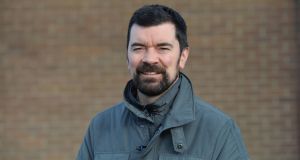 Calm, reserved, hardworking, very thorough and “not a man to pick up a megaphone” to deal with a challenge is how a colleague describes newly elected Green Party TD for Dublin Fingal Joe O’Brien.

It is the second victory in a year for the 42-year-old Skerries-based politician. He was elected to Fingal County Council in the May local elections on his second attempt and his Dáil byelection win also comes on a second attempt after a run in the 2016 general election.

The Dublin Fingal win offers a northside balance in the Dáil for the Green Party, whose leader Eamon Ryan and deputy leader Catherine Martin are both southsiders.

He attended Rathduff primary school and North Monastery Secondary School in Cork, where he was a contemporary of hurling hero Seán Óg Ó hAilpín.

A UCC graduate of French and economics, he worked for the Youthreach programme for early schoolleavers, including Travellers and immigrants, before moving to Dublin to study for a master’s degree and work as an advocate for inclusion and migrant rights.

Employed by the Immigrant Council of Ireland for the last three years, he previously worked for more than a decade at Crosscare, the social care agency of the Dublin Catholic archdiocese and one of the biggest providers of services to the homeless in Dublin city. He also worked for the Depaul Trust.

He was previously connected with the Dáil through his work with Crosscare, where he initiated a mentoring programme for migrant students to do internship placements with TDs.