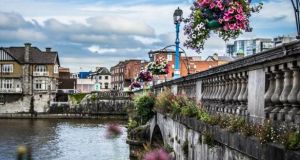 Limerick is the only city to have voted in favour of a directly-elected mayor. Photograph: Getty

Two of the three Irish cities faced with the prospect of a directly-elected mayor have rejected the proposals.

The plebiscite for a directly-elected mayor went down to the wire in Waterford, eventually being rejected by the narrowest of margins.

Cork’s margin for defeating the plebiscite was slightly wider, with just 983 votes between the sides. The Yes side saw votes cast 33,364 compared with 34,347 on the No side.

Limerick was only city to vote in favour of a directly-elected mayor. Speaking after the announcement was made at Limerick Racecourse on Monday, sitting mayor of the city and county, James Collins, said he was “delighted” with the result.

Mr Collins has said he is interested in seeking a Dáil seat with Fianna Fáil. However, he hinted he may yet put his name forward for the new mayor role.

When asked if he was interested in the job, Mr Collins replied: “Every politician is interested in an election.” The vote was carried by a margin of 3,549.