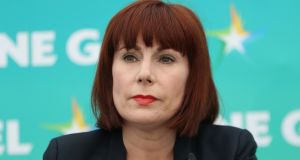 The constitutional referendum on divorce passed in the early hours of Sunday morning with 82.07 per cent support, one of the largest margins of victory in a referendum since the vote on the Belfast Agreement in 1998.

Final turnout across the 31 constituencies was 50.89 per cent.

The electorate were asked to vote on the Thirty-Eighth amendment of the Constitution (dissolution of marriage) Bill 2016. The final result was delayed until after 4.30am while counting continued in Galway county and city.

Exit polls had predicted a comfortable passage for the referendum, and it came to pass, with no constituency in the country rejecting the proposal, which will pave the way for the Government to legislate for a shorter period of separation between spouses before applying for divorce.

Until now, couples could only apply if they had been living apart for four of the last five years. The Government has said it will legislate to bring the period down to two years. The Yes vote will also make the recognition of foreign divorces explicit in the Constitution.

Speaking on Saturday, Minister for Culture Josepha Madigan hailed the “kindness and understanding” of the electorate. Campaigners welcomed the landslide victory and called for further reform of legislation, constitutional issues and the administration of family law.

Geoffrey Shannon, the Special Rapporteur on Child Protection, called on the Government to move quickly to legislate for the result. “The legislation enjoys not only political consensus, but also the overwhelming support of the Irish people,” he said.

“This will greatly assist vulnerable citizens in reducing legal expenses as it may help avoid the need for separate judicial separation proceedings with the added benefit of reducing the trauma caused to children by protracted family law proceedings,” he said. He predicted that there would be a spike in the number of divorces due to artificially depressed figures, but that it would then return to a lower level, with fewer legal battles ensuing.

The strongest No vote came in Monaghan, where just under one quarter of voters rejected the proposal. The referendum enjoyed strongest support in Dún Laoghaire-Rathdown, where 86.7 per cent of voters supported it. That constituency is home to Ms Madigan, who is also director of elections for Fine Gael’s referendum campaign.

Ms Madigan, who in 2016 moved a Private Members’ Bill which proposed a liberalisation of the law, which led to Friday’s referendum, welcomed the result. “I think it’s a really strong endorsement from the Irish people for the referendum and it demonstrates their kindness and their understanding of the situation people find themselves in when they are separating or divorcing.”

The Coalition for Yes, composed of NGOs and lawyers, welcomed the result.

Liam Herrick, chief executive of the Irish Council for Civil Liberties said Ireland had “taken a huge leap towards protecting the rights of people need a divorce”. He said the Government should now move ahead with more referendums.

Karen Kiernan, chief executive of One Family, said that the vote “on a practical level will reduce stress and financial expense for families”.

In the wake of the vote, Eilis Barry, chief executive of the Free Legal Advice Centres, called for increased investment “in the area of family law in particular with regards to the provision of legal aid and the much needed overhaul of the family law courts.”

Keith Walsh of Lawyers for Yes said that the government should not “rest on its laurels”, and called for reform of the family law system, including a dedicated family law court system and the immediate replacement of the Victorian courthouse used for Dublin District Court cases.

Tanya Ward, chief executive of the Children’s Rights Alliance, said that the referendum “was essential to address our punishing divorce laws. Children need to be protected during divorce. Our new divorce law and family supports need to be designed with this in mind.”

Richard Greene, chairman of the Alliance for Defence of Family and Marriage (ADFAM), which campaigned against the proposal, said that the Irish electorate had been “sold a pup”.

He criticised the Government and the electoral commission for the information given on the referendum. “It gives a complete blank cheque to the Government to define what they mean by foreign divorces, and the timescale (to apply for a divorce) could be down to six months.”

“What do they mean by foreign divorces? Is that Sharia law?” he asked, saying that women divorced arbitrarily by their husbands under that system could find themselves vulnerable now in Ireland.

“The referendum commission gave no really proper information of what the Government intends to do with the blank cheque they are asking for from the people.”

He said that the Government was “behaving unconstitutionally”, that the referendum result is “anti-family”, that the state is “undermining marriage” and that the result would be a “lawyer’s paradise”.