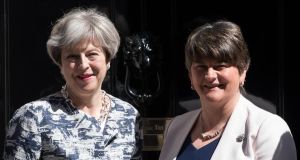 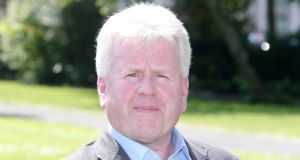 A member of the Green Party in Northern Ireland is attempting to overturn the £1 billion aid-package deal that the Democratic Unionist Party struck with the Conservative Party on the grounds that it contravenes the Belfast Agreement and UK anti-bribery legislation.

Ciaran McClean, who is seeking a judicial review of the agreement to prop up Theresa May’s minority government at Westminster, has launched a crowdfunding campaign to help pay for the legal case.

He claimed that the deal for the DUP’s 10 MPs to support the Tories in key votes was “threatening hard-won peace”. “The Tories are being propped up by the DUP in order to cling to power after the recent election,” Mr McClean, a mental-health worker who won 427 votes as a candidate in the West Tyrone constituency in last month’s UK general election, wrote on his crowdfunding page. “This horrifies me. It’s straight bribery – money for votes.”

“The deal flies in the face of the Good Friday agreement, under which the government is obligated to exercise its power with ‘rigorous impartiality’ on behalf of all the people in the diversity of their identities and traditions,” he added.

“My claim is that as a citizen I expect my government to honour its obligations under the Good Friday agreement and not to bribe others with money so that it can stay in power.

“My lawyers have put these points to the government. They eventually responded, failing to meet deadlines they set themselves. Nothing they said addresses the fundamental issues behind this corrupt deal.”

Mr McClean is represented by Dominic Chambers QC, who was involved in the successful legal challenge to the British government’s attempts to trigger the Brexit process without a House of Commons vote.

Mr McClean’s legal team claims that, as well as breaching the 1998 Belfast Agreement, the Tory-DUP deal, which pledges £1 billion to support a range of projects and greater flexibility on how an additional £500,000 is spent, contravenes the UK bribery Act.

His solicitor David Greene said on Sunday that it was planned to make an application for a judicial review on Monday or Tuesday. “It’s not a question of foisting views, and the important point is this is about the rule of law,” he told the BBC. “This is about a citizen’s entitlement to go in front of a court and say, ‘That doesn’t look right,’ and to be able to challenge it in some meaningful way.”

Meanwhile, following the latest failure of efforts to restore the Northern Ireland Executive and Assembly, the former northern secretary Peter Hain has predicted the return of direct rule from Westminster.

After the DUP and Sinn Féin were unable to resolve a range of disputed issues, including the Irish language, same-sex marriage, and dealing with the past, Hain said there was now “nobody at the helm” and a consequent sense of political drift.

He accused the British and Irish governments of a “shocking dereliction of responsibility” and told the BBC’s Sunday Politics programme that a return to direct rule would be “an absolute tragedy” at a “very dangerous time”.

“Instead, what we need to focus on is building trust and respect for all, not politicising what should be a language which everyone can call their own. As long as Sinn Féin continue to ride this Trojan horse, more invisible walls will be built between our communities.”