Scheme being considered to give 17,000 undocumented migrants residency rights 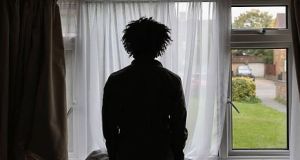 The new scheme is expected to offer residency to undocumented migrants and their children who are long-term resident in the State. Photograph: Getty Images

Up to 17,000 people could benefit from a scheme under consideration by Minister for Justice Helen McEntee to help undocumented migrants who are long-term resident in the State.

It follows a commitment in the programme for government to introduce such a scheme within the first 18 months in office as a “pathway” to legal residency.

During a debate in the Seanad on the Labour Party’s Bill to give citizenship to undocumented children who were born and have lived all their lives in Ireland, the Minister spoke of the scheme and said the 17,000 who could benefit included 3,000 children.

The constitutional right to Irish citizenship for anyone born in Ireland was removed in a 2004 referendum, and the Irish Migrant Rights Centre estimates that at least 2,000 Irish-born children of undocumented migrants are affected

The proposed scheme is detailed in a policy document produced by the department to offer a framework for residency.

A spokesman for the Department of Justice said the document was likely to be published in the new year.

More than 2,000 English language students who entered the State legally and stayed on in jobs after their visas expired were granted permission to remain.

The new scheme is expected to be a much broader scheme to offer residency to undocumented migrants and their children long-term in the State, and who are considered to be no threat to the State. Part of the process will include Garda vetting.

The Government agreed to work with the Labour Party on its Bill to look at the issues involved and see “how we can move them forward, whether through legislation or through other means as well”.