Varadkar: Schools closed over structural concerns are all three storeys

‘It will be a challenge to find alternative accommodation for 25 classes,’ Taoiseach says 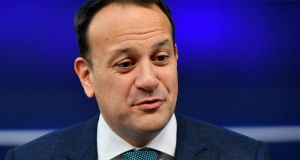 The schools closed because of concerns about structural flaws are all three-storey buildings, Taoiseach Leo Varadkar has told the Dáil.

He acknowledged that it would be difficult to find other rooms for teachers and pupils affected by the closures but “everything will be done to find alternative accommodation nearby”.

Mr Varadkar said they had to put safety first in the wake of a decision to close Ardgillan Community School in Balbriggan, Co Dublin and the two Dublin primary schools Tyrrelstown Educate Together National school and St Luke’s National School, which share a campus in west Dublin.

A fourth three-storey school in Firhouse, Co Dublin is currently being assessed for structural flaws, the Taoiseach added.

He was responding to questions from Fianna Fáil deputy leader Dara Calleary in the wake of a decision by the Department of Education to conduct structural examinations of 40 schools built by Western Building Systems.

Litigation against the company is under way in the case of four schools over fire safety issues.

The company built some 30 schools under a fast-track “design and build” programme, which ran from late 2007 to 2013. This resulted in some schools being built within just three months. Stricter building regulations came into effect in 2014.

Mr Varadkar said the department took a decision to also investigate schools built by the company after 2014 to see if they are also affected and is currently assessing a three-storey school in Firhouse.

“We don’t know if these faults apply to single or two storey schools,” the Taoiseach added.

Phase one of Ardgillan Community School, built in 2009, was closed after an assessment by an engineer found structural flaws. Phase two of the building, completed in 2015, is not affected. Over 100 transition year students on the 1,000-student campus have been affected.

Mr Varadkar said there were similar structural issues with the two primary schools in Tyrrelstown “and while no imminent danger was identified”, they were being closed as a precautionary measure to allow further detailed investigations. Some 1,200 children are affected in these two schools.

The Taoiseach said it would be a challenge to provide alternative accommodation for the pupils and teachers disrupted but “the target is to have interim accommodation available for when pupils return to school after the mid-term break”.

He said that the secondary school in Tyrellstown had some vacant classes but he acknowledged that this would be difficult.

Mr Calleary asked if the schools built by other companies would be audited and he questioned the communications under way with schools and parents.

The Taoiseach told him that the principals of all 40 schools had been contacted about this issue and they would inform parents and pupils in the normal way that parents are contacted.

A dedicated contact person had been appointed within the Department of Education to communicate with school principals and boards of management.

Mr Calleary noted that problem with school buildings had been identified in 2015, first highlighted by the Irish Examiner and audits in schools have been ongoing since then.

The Taoiseach told him a separate issue had been ongoing for some time in relation to fire safety. The current audit was examining structural issues.

“I appreciate there is an information deficit but we don’t have all the information”.

But they hoped to have completed the assessments of 40 schools within the next couple of weeks.