More than 1,200 parents over the age of 70 acting as primary carers of adult children 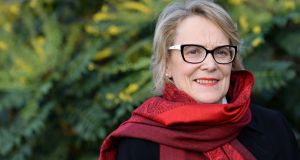 Helen Rochford Brennan said a key clause of the UN Convention on the Rights of People with Disabilities had been deferred - deliberately. File photograph: Dara Mac Dónaill/The Irish Times

“We are not lunatics” said longtime disability rights campaigner Helen Rochford Brennan who in 2012 was diagnosed with early onset Alzheimer’s disease.

The Co Sligo woman is angry about the fact that people with a disability can, if made wards of court, be deprived of their liberty under the Lunacy Act of 1871, as legislators dither over the implementation of new legislation.

It was one of a number of issues raised when candidates in the upcoming general election in the Sligo-Leitrim constituency attended a “disability hustings” to hear the views of people with intellectual and physical disabilities , and their advocates.

It has been estimated that 13.5 per cent of the Irish population has a disability but campaigners say they are being ignored in the election campaign. “We have a funding crisis ,” said Cathy McGrath project manager with the Disability Federation of Ireland which represents over 120 voluntary service providers. She said cutbacks initiated in the recession had caused a funding shortfall of €40 million and further cuts of €20 million have been announced for 2020.

The shortage of personal assistance hours, accessible accommodation and transport, and even more basic facilities were outlined at the hustings.

One young man in a wheelchair indicated that he was reluctant to go into Sligo with friends and family because there is no registered “changing place”, a fully accessible toilet with hoist and changing bench, in the town .

Noirin Clancy from Inclusion Ireland told the politicians there are 12 such registered facilities in the country - eight in Dublin in places like Áras an Uachtaráin, the National Gallery and Ikea, but none in the north west . As a result parents find themselves “changing family members on the floors of public toilets”. She urged the candidates “if you are elected could funding be ring fenced to grant aid businesses and local authorities to make sure there is one in every county”.

Fianna Fail’s Marc MacSharry said he knew of one person in Sligo who during Storm Ophelia had been “left lying in their bed for nine hours” because the personal assistance emergency service was not working properly.

As the candidates mulled over the helplessness of that person, other issues were raised such as the scrapping of the weekly Rehabilitation Training Allowance of €31.80 and the fact that so many empty houses are boarded up when so many need accommodation.

The long awaited ratification of the UN Convention on the Rights of People with Disabilities was mentioned more than once but Ms Rochford Brennan said a key clause had been deferred - deliberately.

“They left out the optional protocol which means none of us can take a case against the State when they violate our rights”, she said.

Deputy MacSharry promised that his party would provide an additional 1.5m personal assistance hours and increase disability payments by €10.

And “if I am lucky enough to be Minister for Transport” he promised to tackle the accessibility issue on public transport.

Independent candidate Declan Bree said he agreed with the view that 10 per cent of local authority housing should be accessible for those with disabilities, “but we have a housing crisis in the country”. With only one council house provided in Sligo over eight years until building recommenced last year, he suggested that everyone was “in trouble” when it comes to housing.

Ms Clancy said Inclusion Ireland will be watching closely to see what the elected politicians do for disability in the next Dáil.

With 1,250 parents over the age of 70 acting as primary carers of adult children with a disability, and 400 of these parents over 80, the future for many families is frightening, she pointed out.