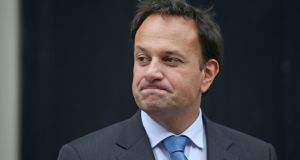 The economic effects of the pandemic have hit young people working in the private sector and precarious employment hardest, Tánaiste Leo Varadkar has said, warning of a “coming economic crisis” that could be “very divisive” for the country.

And an official report has warned that emergency legislation dating from the 2008-2011 economic crash would need to be kept in place, although new Minister for Public Expenditure Michael McGrath confirmed yesterday that the Government intended to proceed with public sector pay increases in the autumn.

Mr Varadkar was speaking during a virtual event hosted by the Washington-based Atlantic Council, which was also addressed by the prime ministers of Serbia and Luxembourg.

“For us the economic situation is very worrying,” he said. “If you include subsidised employment and government schemes and so on, we’re well over 20 per cent unemployment now – we had full employment in February – so it’s a very serious economic crisis and one that’s very unequal.

“It’s the private sector workers who have lost their jobs – whereas the public sector did not – and maybe younger people and migrants in precarious employment who lost their jobs, whereas people working for big companies, multinationals, in the professions, in the public service, have been largely unaffected financially.”

“The country was very united during the pandemic. The economic crisis that is coming could be very divisive,” he said.

Separately, an annual review of financial emergency legislation signed by Paschal Donohoe just days before he left the role of minister for public expenditure and released on Tuesday said the pandemic had resulted in an anticipated €25 billion deterioration in the public finances this year.

The review warned that while the fiscal buffers such as the planned consecutive budget surpluses and payments to the “rainy day fund” were gone – and likely to be replaced by significant multi-annual borrowings – risks to the economy that existed before Covid-19 still remained.

“The elevated, and rising, stock of debt compounds these risks with a diminished ability to absorb any shock to the tax base or further spikes in expenditure,” it said.

Mr Donohoe said measures under the financial emergency legislation continued to be necessary given the overall economic conditions in the State, national competitiveness and exchequer commitments in respect of public service pay and pensions.

Various pieces of financial emergency legislation introduced after the economic crash a decade ago underpinned cuts to public service pay and pensions. Although the measures have been unwound for a large number of personnel, some elements remain in place, particularly for higher earners.

But Mr McGrath confirmed yesterday that it was the Government’s intention to pay the final instalment of the public sector pay deal, delivering a 2 per cent pay increase for most public sector workers, in the autumn.

The review says in the first instance the additional expenditure required to deal with the pandemic would be met through an increased Government deficit and national debt.

It says overall fiscal strategy “will evolve as the restrictions are phased out and the economic impact becomes clearer”.

The review also says that using one system of measurement – modified GNI – the national debt amounts to €43,000 for every person in the State, “one of the highest figures in the developed world”.

It warns that a no-deal Brexit, given the post-coronavirus starting point, would “represent a severe blow and represents a major risk”.

The Department of Finance, it says, has estimated that a correction in corporation tax receipts could cost the exchequer €2 billion-€6 billion.