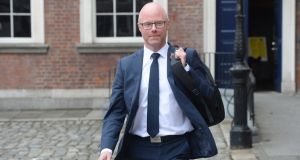 Minister for Health Stephen Donnelly: ‘We need to ensure the HSE has the capacity to deal with future demand and an ageing population.’ Photograph: Dara Mac Dónaill

The multi-million euro package of temporary assistance payments to support nursing homes will continue for another three months, Minister for Health Stephen Donnelly has announced.

A revised version of the original scheme, worth €72.5 million, which was due to end on Tuesday will now continue until the end of September and provide “certainty” about its conclusion, he told the Dáil.

Payments of up to €600 a month per resident up to an overall ceiling of €60,000 will be paid under the scheme to continue to allow managements in nursing homes to continue their “ongoing preparedness in managing and mitigating the impact of the Covid-19 pandemic as well as protecting residents”.

Mr Donnelly said that well over €20 million in PPE had been provided by the HSE to nursing homes. This would continue and the scheme no longer needed to cover this costs.

The Minister made the announcement at the end of a debate on the revised health estimates in which he was seeking approval for and additional €2 billion in funding.

He warned however that it will not be enough for the health service this year and “significant further investment will be required”.

The extra funding, approved by the Dáil on Wednesday, will bring budgetary spending for the year to a record €19.9 billion.

But Mr Donnelly said they had to look at the increase in the numbers qualifying for medical cards because of the economic impact of the Covid-19 pandemic. More funding would be needed for acute bed capacity, planning for winter 2020, the potential reduction in private income to hospitals and personal protective equipment (PPE).

The Minister confirmed that estimates for PPE costs for the year could be as high as €1 billion, double earlier estimates of €350 million.

In his first address to the Dáil as Minister for Health he said €1.2 billion had been advanced to the HSE to the end of June. However, based on current trends it would run out of the necessary funding by August.

Insisting that a “stronger more resilient health service is a national priority”, he said “we need to ensure the HSE has the capacity to deal with future demand and an ageing population”.

Sinn Féin health spokeswoman Louise O’Reilly led sharp criticism by a number of TDs of the presentation of the revised estimates and which was “scant on detail” of how the funds were being spent.

And she queried the €1 billion figure for PPE. Ms O’Reilly said about €320 million had been spent on supplies but “despite this we have consistently been told that the HSE has spent €1 billion on PPE. Which is it?”

The Minister told Green Party TD Ossian Smyth “all options need to be examined” for the long-term supply of PPE because if there is a second wave or a different public health outbreak “ we do not want to be scrambling to get planes in from China”.

Labour leader Alan Kelly said Ireland is spending 20 per cent more than the EU average on healthcare, “but our public healthcare system is still underfunded. This is clearly down to duplication between public and private healthcare, and this is a huge inefficiency”.

The Minister also pledged to Social Democrats TD Róisín Shortall an “unambiguous” and “deadly serious” commitment to the Slaintecare plan, the roadmap for the future of a single-tier public health service.