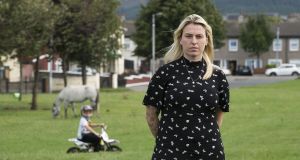 Legislation to be known as “Coco’s law” which criminalises the distribution of intimate images without consent goes to the President for signature after it passed all stages in the Seanad on Friday.

Senators spoke of their personal experiences of abuse, stating it was a misconception to think it was typically “scumbags” who harassed, when it came from across society, including doctors and children.

While the Act is formally called the Harassment, Harmful Communications and Related Offences Bill, Minister for Justice Helen McEntee said it would be referred to as Coco’s law in memory of Nicole Fox, known by the nickname “Coco” who died by suicide after relentless online abuse and in tribute to her mother Jackie Fox who “tirelessly campaigned to raise awareness about the harmful effects of online abuse and to make our laws stronger in this area”.

Under provisions of the Bill it will be an offence to distribute or to attempt to distribute or public an intimate image without consent and there will be “no requirement to prove an intention to cause harm”. The penalties include unlimited fines and up to seven years’ imprisonment.

The legislation, first introduced in 2017 by former Labour leader Brendan Howlin, was passed in the Dáil on Thursday.

Independent Senator Gerard Craughwell said there was a misconception that the typical online abuser was a “scumbag”. He had been bullied online by GPs after he called for a debate on the HPV vaccine because “I knew nothing about it”.

He contacted one GP who said online that the Senator needed “mental treatment”. Mr Craughwell told him “I knew who he was” and “within three minutes every tweet was gone”.

He said “if medical practitioners can behave like that, what are those who do not understand the damage they are doing capable of”.

Seanad leader Regina Doherty spoke of online bullying of one of her children by 13 and 14-year old girls. “These girls were vicious and relentless. When we looked them in the eye in front of their mammies and daddies butter wouldn’t melt in their mouth and they were really sorry but the Snapchat messages we read back to them were relentless.”

She said children of that age do not realise the psychological damage they are doing.

Independent Senator Lynn Ruane spoke of her experience of ongoing harassment for five years. There were two men “who have not taken me off their radar”. She had had many conversations with gardaí and had been trying to find ways to protect herself.

Even if you block calls “they find resourceful ways to harass and abuse you” and “the bar is set so high to prove harassment”.

Labour Senator Annie Hoey who suffered sexual violence said it was “not pleasant” to see “online anonymous accounts calling for that to happen to me again”.

She said: “That it happened to me in the first place is never acceptable, but it is even more unacceptable for those people to call for it to happen to me again because I have spoken up.”

It was then forced to take action and removed 80 per cent of its content and anyone who uploads content onto the site must identify themselves, he said.