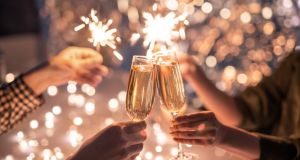 Fears about New Year’s Eve parties and the deteriorating situation in Northern Ireland are understood to have prompted the Government to signal the early reintroduction of restrictions.

On Thursday night, following briefings from public health experts, both Taoiseach Micheál Martin and Tánaiste Leo Varadkar indicated that the Christmas relaxation of Covid restrictions beginning on Friday and due to last until January 6th will be shortened abruptly, probably by more than a week. Sources now suggest that the country is likely to return to restrictions - back to lockdown or to level 3 plus, depending on the rate of infection - on or around December 28th.

Restaurants and those pubs that are open will be told to close, and the rules on home visits will be scaled back, permitting only one other household, rather than the three at present, insiders suggest. Other restrictions are also likely to be considered.

The intention is to prevent “superspreader” events taking place on New Year’s Eve as well as halt the rise in daily case numbers. The public health experts have voiced fears that a combination of hospitality venues and house parties could turbo-charge the current trends of increasing cases, and push daily cases back towards - or above - the 1,000-1,200 level last seen in mid-October when the country went into the second lockdown.

The Government says it will make a decision on post-Christmas restrictions when it meets on Tuesday. However, there have been calls for the decisions to be made earlier so that hospitality businesses can plan for the post-Christmas period.

It is not likely, however, that the Cabinet meeting will be brought forward and held over the weekend, sources say. And as for the choices facing pubs and restaurants for the week after Christmas, the message is pretty clear: you will have to close. Don’t order in stock. You won’t get to use it.

Ministers and senior officials will be closely watching the daily update from the National Public Health Emergency Team (Nphet) on the numbers of infections. Thursday’s figure jumped to just shy of 500 new cases. However, sources say that a rise in cases was entirely expected; when the lockdown was lifted at the start of December - when there were about 200 new cases every day - officials knew that the numbers would increase substantially by the time the country reached today’s date for further opening.

So there is some concern, but not yet alarm, about the current levels among the political decision-makers and their staff. As before, the public health experts take a less sanguine view.

But what has really changed, insiders say, is the external environment. Micheál Martin returned from last week’s European Council summit telling his aides that the third wave of the virus was the chief topic of informal discussions among his fellow EU leaders. This week, several governments, including the Dutch and the Germans, announced Christmas lockdowns as case numbers spiked alarmingly.

If there has been one lesson of the pandemic, it is that restrictions are better introduced early rather than late. It is believed that this message is being hammered home to Government by the public health officials.

And there is a special case closer to home. The situation in Northern Ireland is “quite dire”, the deputy first minister Michelle O’Neill admitted last night as the Stormont Executive announced a new lockdown, extending until February. Assistance has been offered from the Republic’s health service to the North’s, as it creaks under the pressure of new Covid cases. Public health experts have already pointed to how the North’s numbers have leaked across the border before, with border counties being placed on a higher level of restrictions back in October. Officials are already nervous about those counties again.

This was the week when the Government laid out its plans for a vaccination programme, and there was more good news when it was announced that the Pfizer vaccine was likely to be made available a week earlier than expected.

But that is good news for the medium-term; the short-term looks a lot tougher.