Homelessness not all about addictions, says Michael McGrath 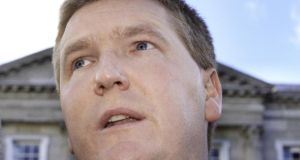 Fianna Fáil finance spokesman Michael McGrath said addictions were factors “in many cases” of homelessness, “but not all”.

Homelessness is not all about drug and alcohol addiction, Fianna Fáil finance spokesman Michael McGrath has told the Dáil.

These factors are, he said, “of course, factors in many cases, but not all”.

“The Government’s policy of not allowing an increase in rent caps is resulting in many families not being able to rent privately - and no council houses are available for them.”

Mr McGrath said such families were living in emergency accommodation and many of them were, in effect, homeless. Those at the coal face of the problem, he added, were saying it was a national crisis.

He said he had heard Mike Allen of Focus Ireland confirm on RTÉ Radio 1’s Morning Ireland there would not be enough emergency beds in Dublin at night if every homeless person was willing to take one.

Taoiseach Enda Kenny said rent supplements played an important part in the provision of accommodation, with 71,800 persons in receipt of it.

The Government had committed €344 million in funding to the scheme this year, he added.

Mr Kenny said the current review of the scheme had practically been finalised. “Deputy Michael McGrath knows the answer to his question,” he added.

“If rent supplement is increased across the board, the only beneficiaries will be landlords.’’

He said local authorities had the right to increase rent supplement in individual circumstances where they believed it was appropriate.

Earlier, Mr Kenny said the answer in the medium and longer term was not a general increase in rent supplement.

“We have to deal with the question of supply,’’ he added. “That requires taking into account the processes for planning, as well as income streams for contractors and those who will buy affordable housing.’’

He agreed, he said, that an emergency debate would not answer the question, nor would committee meetings. But they were part of a process in making decisions to put things into effect, he added.