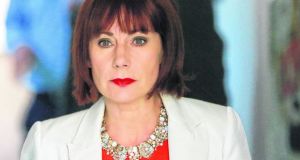 Minister for Culture Josepha Madigan introduced a private member’s Bill in 2016, as a backbencher,for a referendum to reduce waiting times for divorce.

Legislation to allow a referendum take place on reducing the time limits for marital separation before divorce has been passed by the Seanad and now goes to the President for consideration.

The Thirty-eighth Amendment of the Constitution (Dissolution of Marriage) Bill was passed by the Dáil last week and by both Houses without opposition.

Minister for Justice Charlie Flanagan said it was fundamentally a proposal to ease the burden on people whose marriages have broken down.

The Bill provides for a referendum to ask the electorate to accept the removal from the Constitution of the provisions on the time couples must be separated before divorcing and to allow the Oireachtas to deal with that. Voters will also be asked to allow the recognition of foreign divorces.

If the changes are accepted in the referendum on May 24th, the same day as the local and European elections, a Bill will be introduced in the Dáil and Seanad to reduce the time couples must be separated before divorcing from four years to two.

Mr Flanagan said the constitutional protections in respect of proper provision for spouses and children, no reasonable prospect of reconciliation and the role of the Court would remain.

“We have a low divorce rate and that is very welcome but where couples wish to divorce, they are being left for too long in a legal limbo.”

Minister for Culture Josepha Madigan who as a backbencher introduced a private member’s Bill in 2016 for a referendum to reduce waiting times, said “the changes Minister Flanagan and I are seeking are motivated by compassion and informed by our experience as solicitors dealing with family law cases”.