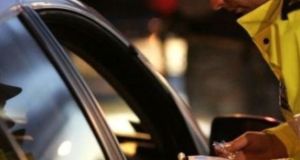 The reservation placed on crime data could ‘theoretically’ be in place for a long time, Pádraig Dalton, CSO director general told the Public Accounts Committee on Thursday.

The health warning around An Garda Síochána’s crime statistics is unlikely to be lifted before 2022, the Central Statistics Office (CSO) has told an Oireachtas committee.

Previously the CSO suspended its publication of certain types of crime statistics, due to concerns over the reliability of data from An Garda Síochána. The agency resumed publishing the crime statistics, but with a stated reservation over their accuracy.

The reservation placed on crime data could “theoretically” be in place for a long time, Mr Dalton told the Public Accounts Committee on Thursday.

“It’s not going to be lifted next year, or in all likelihood the year after, we’re talking about a number of years work required to address the issues,” he said.

In 2017 the CSO suspended publication of crime data on homicides, over concerns with how they had been recorded on the Garda PULSE system.

Mr Dalton said the CSO were in a situation where the agency “couldn’t stand over the statistics.” The agency took the decision to resume publishing the statistics under reservation to avoid creating a “vacuum,” leaving people relying on anecdotal evidence around crime rates, he said.

Police in other jurisdictions, such as Britain, faced similar problems around the accuracy of crime statistics, the committee heard.

The problem was not around the PULSE system itself, but how data was input into the computer system, Mr Dalton said.

There needed to be a set of guidelines for all gardaí about how different crimes should be recorded on PULSE, to ensure consistency, he said.

“That isn’t really there, it’s not in use at the minute, so that’s why we’ve prioritised this is as one of the three actions that we want to push with An Garda Síochána,” Mr Dalton said.

In 2017 An Garda Síochána faced a major scandal over the inflation in the number of drink-driving breath tests recorded as carried out over several years.

During a later session, the committee heard from Professor Chris Fitzpatrick, over the decision to locate the new children’s hospital on the St James’s site.

Prof Fitzpatrick, a former master of the Coombe hospital, told the committee a previously promised maternity hospital had to be delivered alongside the national children’s hospital.

Best practice in caring for critically ill newborn babies was to “co-locate” paediatric and maternity hospital services, he told the committee.

If a maternity hospital was not built on the St James’s site, the result would be a national children’s hospital, which was the most expensive in the world, “on the wrong site,” he said.

The hospital project has been under intense scrutiny after a €450 million cost overrun, with a recent report by PwC warning the price could rise further to over €1.7 billion.

Prof Fitzpatrick said it was “too late to stop the project,” but guarantees were needed that the maternity hospital would materialise.

The St James’s site includes three acres of adjacent space for a maternity hospital but to date no move has been made to start this project.