Allowances for TDs and Senators too restricted, says Norris

Senator David Norris has lashed out at the treatment of those elected to the Seanad, referring to their remuneration as 'demeaning' 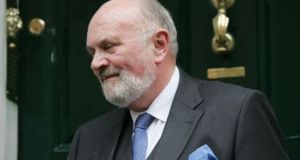 Members of the Oireachtas are being treated like “cattle’’ and are subject to ridiculous restrictions on allowances, Independent Senator David Norris has said.

“Then we have the abolition of the long-serving increment,’’ he told the Seanad.

“I don’t know of another job in Ireland that does not get a long-serving increment and I believe it was illegal to remove that.’’

He said on Wednesday it was time Senators stood up and asserted their dignity.

He said if members of the Dáil and Seanad did not work effectively the public would very soon respond to that.

Mr Norris said the chief executives of companies were paid multiples of what Taoiseach Enda Kenny was paid.

“Enda Kenny is making decisions, whether you agree with them or not, for the entire country.’’

Mr Norris said when he was first elected to the Seanad 30 years ago it was a very gentlemanly place, with people drifting in and out, and he had been blamed for pushing it in the direction of a full-time professional job.

He said the Irish Congress of Trade Unions had produced a document detailing the pay of chief executives. In some cases they had increased by “a staggering 373 per cent’’ in the past six years.

“We have a crisis in income inequality,’’ he added.