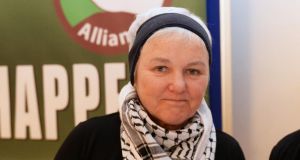 Bríd Smith: “It comes from a Government that speaks out of both sides of its face on climate change”

The continued obstruction of a Bill to ban fossil fuel exploration in Ireland by an Oireachtas committee “is an act of environmental vandalism”, according to People Before Profit TD Bríd Smith.

At a meeting on Tuesday in private session, the Joint Committee on Communications, Climate Action and Environment was again tied in a vote on the Climate Emergency Measures Bill. Ms Smith was seeking to have a report on the proposed Bill sent back to the Dáil.

The TD said the continued refusal to place a report before the Dáil by “Minister Sean Canney and a cabal of unelected Senators allied with Michael Lowry was an insult to any semblance of democratic process”.

The committee had accepted an amendment suggested by Ms Smith that the report be placed before the Dáil. It included an acknowledgment that the joint committee was tied six:six, and that it could not recommend that the Bill progress or not.

She said under standing orders if this was accepted it should free the Bill to be considered by the Select Committee of TDs, in which there is a majority in favour of it progressing to committee stage.

Ms Smith said: “It flies in the face of any logic that the committee could accept this amendment and then refuse to place a report before the Dáil. It is an example of pure procedural trickery.

“It comes from a Government that speaks out of both sides of its face on climate change, pretending it takes it seriously and wants a carbon tax for ordinary people while at the same time acting as a play-thing for fossil fuel industry lobbyists.”

The Bill was subject to pre-legislative scrutiny last summer when public hearings were held with contributions from external experts, but a vote on the resulting report in December by the committee, which includes TDs and Senators, resulted in a six:six split – with the committee chairwoman, in effect, stalling the Bill.

Ms Smith claimed this was contrary to a new memorandum of understanding on how legislation is processed.

Speaking at a protest rally outside the Dáil attended by 140 people on Tuesday, she said: “We know we must leave 80 per cent of already proven reserves of oil, coal and gas in the ground if we are to have any hope of limiting global temperature increases to under 1.5 degrees.”

She criticised committee chairwoman Hildegarde Naughton (FG), who had initially supported the Bill, and Independent Senator Michael McDowell, who had supported the Government position, which was halting the Bill’s progress despite the fact it had overwhelming support in a Dáil vote last year.

Ms Naughton has said the Bill would do nothing to reduce Ireland’s carbon emissions and reliance on importation of fossil fuels.

The protest was supported by Climate Action Ireland (CIA); the environmental group Not Here Not Anywhere, Young Friends of the Earth, the Green Party and the Labour Party.

Una Power of the Green Party said support for the Bill was coming from people who were part of a growing movement seeking climate actions, not the blocking of important environmental legislation.

CAI spokeswoman Chloe Manahan said: “We have a mere 12 years to take action to avoid extreme drought, floods, wildfires, the total destruction of our coral reefs and resulting food shortages.

“If this is not impetus needed for our politicians to take action, it is unclear what it will take for them to acknowledge the massive responsibility they hold and pass legislation to mitigate these effects. Irish people do not want fossil fuel exploration off our coasts.”