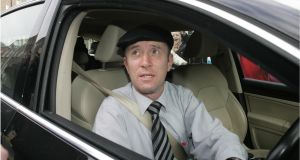 Independent TD Michael Healy-Rae told Radio Kerry on Monday he was in the Dáil on June 21st, 2018, and then left Dublin to travel to south Kerry for the burial of an uncle of his son-in- law.

Controversy has arisen about the TD’s absence from the Dáil on the day of the visit of EU leader Jean-Claude Juncker as Dáil records show he clocked into the Dáil that morning.

The TD refused to comment on Friday on a newspaper report that he was attending a funeral in South Kerry in June 2018 while missing Mr Juncker’s address and managing to clock into the Dáil.

Mr Healy-Rae’s parliamentary assistant, his son Cllr Jackie Healy-Rae, was also approached in Tralee on Friday at Áras an Chontae and he said his father would not be commenting.

Mr Healy-Rae attended the burial in Sneem, Co Kerry, on June 21st last year and Dáil records show that an ID tag held by him was used to clock him as present for the visit of Mr Juncker, whose speech began shortly after noon.

The controversy about Mr Healy-Rae was raised last year when a fellow Kerry TD, Fianna Fáil’s John Brassil, criticised him for not being present in the Dáil chamber for Mr Juncker’s speech, especially since he is chair of the Oireachtas Committee on European Affairs.

Responding on Radio Kerry on June 22nd last year, Mr Healy Rae snr said he had been absent from the Dáil because of a bereavement following the death of the uncle of his son-in-law.