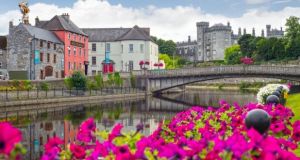 Kilkenny councillors voted to allow members of the public and the press back into their SPC meetings, which formulate policy. Photograph: iStock

Members of Kilkenny County Council have agreed to reverse the exclusion of members of the media and public from the council’s Strategic Policy Committee (SPCs).

At Monday’s council meeting, a notice of motion was brought by the Fianna Fáil and Fine Gael whips, Cllr Andrew McGuinness and Mary Hilda Cavanagh, to re-amend standing orders so the public and media can now attend.

Cllr McGuinness said the reversal of the ban would ensure “a fairer system”.

In June, a majority of members voted to exclude the public and the press from SPC meetings, with five voting against.

The National Union of Journalists criticised the move and said a “national policy” was needed to ensure transparency.

SPCs exist in every local authority to advise and assist the council in the formulation, development and review of policy. Membership is comprised of elected members, council staff and experts in relevant fields. Policy is formulated in draft form to be then scrutinised and voted on by all councillors.

Cllr McGuinness had previously said it was fair to say none of the public representatives had wanted to exclude anyone or create a closed-door policy.

“On reflection it wasn’t the right thing to do, and in the interests of transparency and fairness, we want to make sure people can have access,” he said.

“It should also be remembered that there is a sensitive nature to some things discussed at SPCs, and to be fair to all there will always be an opportunity to discuss things in private.”