March 8th, 2019: A petition with 16,500 signatures was handed in to RTÉ protesting against the broadcaster’s decision to participate in this year’s Eurovision in Israel. 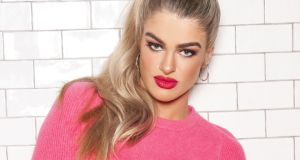 Israel’s ambassador to Ireland, Ophir Kariv, is horrified that there should be calls from Irish pro-Palestinian supporters for a boycott of the Eurovision song context in Tel Aviv next week.

For the Israeli career diplomat, just six months in his first posting as an ambassador, calling for a boycott in protest over Israeli occupation of Palestinian lands would score “nul points” in Tel Aviv.

It crossed a line, he said.

As Mr Kariv sees it, sitting in his official residence near RTÉ’s campus in Dublin, boycotts should have no place in relations between two democratic countries.

“I don’t think boycotts should be in our tool box. We should have many other means for communication and for expressing our views and for debating. We may agree; we may disagree,” he said, ahead of Yom Ha’atzmaut on Thursday, the day that marks Israeli independence in 1948.

Mr Kariv dismissed the boycott led by the Ireland-Palestine Solidarity Campaign – and backed by the likes of musicians such as Christy Moore and former Eurovision winner Charlie McGettigan – as “a small minority” and estimated that many more Irish people would actually watch the song contest.

“This is a group that, not for the first time, tries to hijack the agenda of public discourse and of events, whether they are cultural or commercial, in order to promote their anti-Israel agenda,” he said.

The ambassador is pleased that RTÉ has resisted calls to boycott next week’s contest where Co Clare singer Sarah McTernan will represent Ireland.

“The Eurovision is a cultural event and this is how it should be looked at,” he said.

The ambassador accepted that many people in Ireland were sympathetic to the Palestinian cause and conceded that this did not amount to being anti-Israeli.

He believed, however, that there was a small, “very extreme” minority who could create “an atmosphere of almost intimidation towards everyone who dares think about any co-operation with Israel or Israelis”, he said.

He argued those who called for a boycott of the Eurovision were crossing a thin line between being pro-Palestinian and anti-Israeli.

“As much as I am aware of the criticism in Ireland of Israel’s policies and criticism, when it is real criticism, it is quite legitimate. There is a very thin line between being pro-Palestinian and support of Palestinians and being anti-Israel. It is too easily and too often being crossed,” he said.

Mr Kariv insisted that this was not just an excuse thrown out to avoid listening to concerns about how Palestinians were treated by Israel. He was happy to sit down and debate with people opposite him who were “sometimes critical of the Israeli position and policies” but calling for a boycott was different.

“A small group of extremists calling for a boycott means no communication whatsoever; I think this is dangerous to Ireland at least as much as it is dangerous for Israel,” he said.

Campaigners calling for the boycott rejected Mr Kariv’s claims, with Independent Senator David Norris saying “I don’t regard myself as an extremist”.

“The Israeli government and their agents always try to discredit people who oppose them and raise legitimate democratic concerns about the treatment of the Palestinians which is an outrageous violation of human rights law,” he added.

“Now it is an extreme right-wing state which completely ignores and tramples upon the human rights of its minorities that are Palestinian,” he said.

Mr Khariv said he believes the Government’s handling of relations with Israelis and Palestinians is an example of how to be supportive of the Palestinian cause and being considerate to their needs and plight “while not becoming anti-Israel”.

The diplomat described the Occupied Territories Bill which aims to ban products from Israeli settlements deemed illegal under international law as “the most extreme anti-Israel piece of legislation in the western world”.

The legislation passed the Dáil in January and is at committee stage but has been opposed by the Government.

He warned, ominously, that if the legislation was enacted, it “will have implications”, but he declined to say what they were, beyond it hampering relations between the Irish and Israeli people.

“It is not only a political issue. The implications of this Bill touch upon history, national identity and very, very deep issues and one must be very careful when it deals with those,” he said.

He dismissed media speculation around budgetary cuts at home in Israel that it might consider closing its embassy in Dublin in response.

Independent Senator Frances Black said that the bill, which she proposed, was not anti-Israeli. She pointed out that it was supported by a group of eminent Israeli figures when it passed its first Dáil vote.

She said that the legislation was recognition that “a lasting, peaceful solution must be based on respect for international law.”

The tight security precautions around the Israeli ambassador in leafy Dublin 4 show the country’s fears for its envoy in Ireland.

He met The Irish Times days after Hamas – the militant movement that controls Gaza – and Islamic Jihad fired almost 700 rockets and mortars at Israeli from the Gaza Strip, killing at least four Israelis. Retaliatory strikes carried out by the Israelis killed at least 25 Palestinians. The violence flared up last Friday during a protest against the blockade of Gaza.

Mr Kariv differentiated between ordinary Gazans and militants in Gaza, saying that Israeli military tried to be “as precise and as surgical as possible” when it attempted to target only militants in airstrikes but he suggested that hitting only military targets was not always possible.

“The fact that those military targets are so much immersed in the civilian population in Gaza itself makes it much more complicated. It is not always possible to do it as surgical[ly] as possible but we must protect our citizens,” he said.

In Ireland, Mr Kariv tries to offer a more measured approach to relations with his Irish hosts compared with the past. In 2014, the Israeli embassy controversially – and briefly – posted a picture showing the Molly Malone statue in full Muslim dress above a caption: “Israel is the last frontier of the free world.”

This envoy is keen to “keep the conversation open”, engaging in debate with people who disagree with the Israeli position to try to win over critics.

“I haven’t been turned down by anyone,” he said. “We should know how to manage our differences.”