From Lisburn, he was ‘larger than life and full of fun’, said party leader Naomi Long 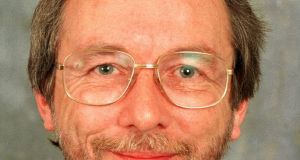 The 71-year-old had recently been diagnosed with liver cancer.

He served as an Assembly Member for Lagan Valley from 1998 to 2007 and had held a number of senior roles within the Alliance Party, including chairman.

“He was a straight talker - people didn’t always like the message he brought but he gave it to them with both barrels, and he’s somebody I had huge affection for,” she said.

“So, genuinely really sad to have heard the news this morning. It’s a very, very sad day - he will be really missed.”

“I knew he had been ill and I had phoned last week, but he was sleeping at the time I phoned so we never got to have a final chat, which is a shame because I would love to have just had an opportunity to speak to him, but that’s the way life goes,” she said.

“Everyone who knew Seamus will genuinely miss him.”- PA