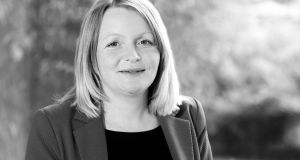 Today’s Irish Times/Ipsos MRBI poll shows satisfaction with the Government at 72 per cent, the second highest level recorded for any Irish government since our series of polls began in 1982. This result puts Government satisfaction a staggering 51 points ahead of our last poll, published on February 4th, just days before the general election. What a difference a global pandemic makes.

Fine Gael is also enjoying a Covid bounce, up to 37 per cent, noticeably ahead of Sinn Féin on 25 per cent. Fianna Fáil is on 14 per cent, followed closely by the Green Party on 12 per cent. Independents/Others registered 10 per cent support, with the Labour Party on just two per cent.

Fieldwork for this latest poll took place between Thursday and Sunday of last week (June 11th-14th), in the early stages of phase two of the lifting of Covid-19 lockdown restrictions. Telephone interviews were conducted among a nationally representative sample of 1,204 adults. The sampling approach used was random digit dialling to ensure that both listed and unlisted phone numbers had the same probability of being contacted. Interviews were conducted with respondents via landline and mobile phones.

Only Bertie Ahern has bested Varadkar, when in 1998 he polled satisfaction ratings of 84 per cent and 81 per cent, fuelled by his role in the Belfast Agreement

Satisfaction with Taoiseach Leo Varadkar is at 75 per cent, 45 points ahead of his performance in our last poll and almost another record-breaking result in our nearly four-decade long series of polls. Only Bertie Ahern has bested Varadkar, when in 1998 he polled satisfaction ratings of 84 per cent and 81 per cent, fuelled by his role in the Belfast Agreement.

Among those most satisfied with Varadkar are farmers (85 per cent), those in the AB socio-economic grouping (83 per cent) and those aged 65-plus (82 per cent).

In spite of an increase of 16 points in his satisfaction rating to 46 per cent, Fianna Fáil leader and possibly the next taoiseach, Micheál Martin, lags 29 points behind Varadkar.

Satisfaction with Eamon Ryan is at 40 per cent, a solid rating at a time his party and his leadership are very much in the political spotlight. Satisfaction with his performance is at 74 per cent among Green Party voters.

Support for Fine Gael stands at 37 per cent in today’s poll, 16 points ahead of its general election performance in February. Fianna Fáil is down eight points to 14 per cent, while Sinn Féin has held on to the 25 per cent support level achieved in February.

The Green Party is on 12 per cent, up five points on the general election, while the Labour Party records two per cent support, a decline of two points. Independents/Others, down from 21 per cent to 10 per cent, appear to have been squeezed during the coronavirus crisis when politics by necessity had to take a back seat to the pandemic.

Comparing the results of today’s poll with our February pre-election poll shows that support for Fine Gael has increased across all demographics with support highest among farmers (58 per cent) and those aged 65-plus (50 per cent). The largest improvement in support was recorded among female voters, up 21 points to 41 per cent, reversing the downward trend in support from this cohort between May 2019 and February 2020.

In contrast, support for Fianna Fáil has declined across all demographics in today’s poll. Most notably support for the party has halved among the over 65s, to 18 per cent.

Sinn Féin’s vote is highest among those aged under 35 (at 42 per cent), followed by working-class voters (at 37 per cent).

The Green Party continues to attract significant support from AB voters (20 per cent) and Dublin voters (19 per cent).

The new government, should parties endorse the negotiated programme, will face the next chapter of the Covid-19 challenge – repairing the economy while keeping the virus at bay. The extremely high levels of Government and party leader satisfaction recorded in today’s poll are unlikely to withstand the tough decisions to be made in the months and years ahead.

Aisling Corcoran is a director of Ipsos/MRBI