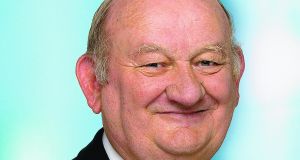 Former Fine Gael TD Patrick “PJ” Sheehan, who was involved in politics for more than 50 years, has died at the age of 87, a week after the death of his wife.

Mr Sheehan served as a TD for the Cork South-West constituency from 1981 to 2002.

He was re-elected to the Dáil in 2007 at the age of 74. Mr Sheehan retired from politics at the 2011 general election.

He had also served on Cork County Council, where he was elected for the first time in 1967.

Mr Sheehan’s wife Frances died on August 3rd. She was buried on August 5th in Goleen following a requiem Mass at the Church of Our Lady Star of the Sea.

Tánaiste Leo Varadkar has led the tributes to Mr Sheehan saying he was a “stalwart of west Cork Fine Gael.”

Mr Varadkar said it was particularly sad that the loss of PJ came so soon after the death of his wife.

“Elected to the Dáil in 1981, he served the people of Cork South West in our national parliament for 21 straight years, and he was delighted to later win back the seat in 2007.

“He spent much of the period when he was out of the Dáil continuing his commitment to public service through his work as a local councillor.

“I served alongside Paddy between 2007-11. Our offices were on the same floor and I got to know him and Frances well. He was a wonderful character the likes of whom we will not see again. I only spoke to him last week to offer my condolences on her passing. They are together again.

“PJ was a hugely popular politician in West Cork and I know he will be widely missed.”

“His true legacy in many ways will be his debates around the harbour and tourism. He was a real advocate for the people of west Cork. It was only last week that I was at the funeral of his wife in Goleen.

“He was a true servant to the people and one of the finest public representatives west Cork ever had.”

Mr Sheehan served as Fine Gael’s deputy spokesman on agriculture with special responsibility for forestry until 2010.

During the course of his life he also worked as an auctioneer, merchant and farmer.

As a TD he was an advocate for rural issues particularly for fisherman and farmers. In 2011 he told The Irish Times that he was proud of the number of piers built during his time in politics.

“I got 19 piers reconstructed and extended in the first 20 years. Even though different governments were in power, I was still able to pull it off.”

Mr Sheehan was an outspoken and lively character. The day Charles Haughey stood down as taoiseach, the Fine Gael TD asked him as his “last act in office” to extend the powers of the Castletownbere harbour master “over the waters of the Berehaven sound.”

Haughey responded: “The battle is over, Deputy. Let us return our swords to their scabbards.”

Mr Sheehan’s base in Goleen was almost 400km from the Dáil, leading him to describe himself as the TD “furthest from the Dáil and nearest the White House. ”

On his retirement in 2011, he told aspiring TDs to be aware that politics was never going to be a “bed of roses”.

“That’s number one; and number two: Always remember to keep your feet on the ground and don’t let power ever go to your head.”

Mr Sheehan is survived by his children Diarmuid, Deirdre, Eucharia and Maebh. Funeral arrangements have yet to be finalised.