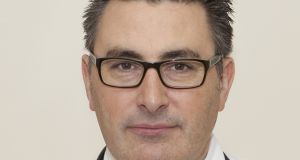 Fianna Fáil Senator Keith Swanick has announced he will not seek re-election to the Seanad.

The Co Mayo-based GP said he wanted to “spend more quality time” with his young family, expand services at his medical practice and explore other opportunities outside of politics.

Dr Swanick became engulfed in an Oireachtas expenses controversy after it emerged that he was accepting appointments at this practice on a day he was registered as present in the Seanad.

An RTÉ investigation showed that over a three-year period he claimed almost €73,000 in travel expenses, but failed to vote on 84 of the 114 voting days he was signed in for at Leinster House.

Fianna Fáil leader Micheál Martin said in December that Dr Swanick had questions to answer and that “there is an issue there”.

Dr Swanick was the party’s Seanad spokesman on health and mental health and established a taskforce on loneliness, which produced a policy document that he described as one of the “first pragmatic solution-driven policy papers ever in Ireland on the topic”.

The taskforce and the policy document provoked a massive response and were widely commended.

In a letter issued to Oireachtas colleagues and councillors who make up the electorate for 43 of the Seanad seats, Dr Swanick described these efforts as his “proudest achievement” in Leinster House.

He added that “loneliness and rural isolation continue to eat away at the fabric of our society, affecting people’s mental and physical health. A more inclusive approach is needed.”

In the letter, he thanked local authority and Oireachtas members who “supported me to be comfortably elected to Seanad Éireann in 2016”.

Dr Swanick said it was an honour to serve in the Seanad, which passed his private member’s legislation, the Declaration of Independence Day Bill, that sought to mark January 19th as the State’s national Independence Day.

The Bill had moved to the Dáil, but as with all unfinished legislation it fell once the election was called.

Dr Swanick had also lobbied for Government divestment in the tobacco industry and support for community first-responders.

He said in his letter that “I have advocated for the retention and expansion of services at Belmullet Community Hospital. This work will not stop.

“I look forward to the commencement of the new respiratory rehabilitation clinic there and the possibility of developing a cardiac rehabilitation programme in the coming months.”