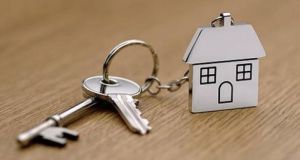 A senior member of the ESRI has defended statements on the possible impact of a new housing scheme. File photograph: Getty Images

A senior member of the Economic and Social Research Institute (ESRI) defended statements on the possible impact of a new scheme to the Oireachtas housing committee on Tuesday, amid considerable pushback from Government TDs and Senators on the comments.

Conor O’Toole, senior research officer at the institute, faced robust questioning from Fianna Fáil and Fine Gael members of the housing committee as he appeared before it on Tuesday, after he outlined to the committee the institute’s concerns about the possible inflationary impact of the Government’s latest scheme to help housebuyers.

He told the committee that this stance “perfectly reflects our research and our thinking”.

In a submission to the committee, Mr O’Toole and ESRI research officer Rachel Slaymaker had argued the planned shared equity scheme, in which the State would pay 30 per cent of the price of a home in order to make it more affordable to purchasers, risked driving up house prices.

The committee was on Tuesday scrutinising the Government’s Affordable Housing Bill, which includes the €75 million shared home-ownership programme.

“I would suggest your opening statement needs to be updated because it confines itself to two factors rather than the wider context, all of which need to be acknowledged,” she said.

Fianna Fáil Senator Mary Fitzpatrick said 53 per cent of renters were supported by the State, either as local authority tenants or being in receipt of such supports as the housing assistance payment or rent supplement.

Many of the 47 per cent renting privately struggled and were “locked out” of buying a home, she added.

“It was really concerning then to read the ESRI identify as potentially inflationary an intervention to help these people access affordable housing.” She said neither mechanisms to increase supply, nor measures to ensure the shared-equity scheme was available only to people who couldn’t get a mortgage from the banks, had been taken into account in this regard.

When considering any credit intervention in the housing market there were “a multitude of factors that affect [the housing market to take into account]: the labour market, credit access, supply constraints”, said Mr O’Toole. “We are clear the supply side constraints are the most difficult to deal with.”

It was “critical” the new scheme “goes only to those households who otherwise would not have been able to make the transaction”. Other factors would be the size of the scheme, its duration and the number of households who avail of it, he said.

“When we discuss a scheme like this ex ante – the policy hasn’t happened yet – we hold the multitude of factors like supply, the labour market, household incomes, we hold them constant and then we ask, ‘Well, if we were to add additional purchasing power to buyers, what would the impact be?’

“That is the kind of assessment we do. It’s a short assessment of a scheme on an ex ante basis. Naturally the economics of the situation would suggest that borrowers taking more purchasing power without a commensurate increase in supply will put pressure on the demand side of the market,” said Mr O’Toole.

Independent Senator Victor Boyhan welcomed the institute’s input. “I don’t believe you set out to upset people but I do believe you have given us a dose of reality,” he said.