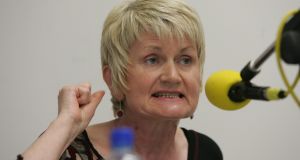 Sligo-Leitrim is one of the constituencies where Sinn Féin’s decision to run just one candidate will be scrutinised after the election, if the outcome reflects the surge in support for the party, suggested by recent polls.

Privately most party members say that with Independent Marian Harkin in the race, the party would have no realistic chance of picking up two seats. But the withdrawal of longtime Sinn Féin councillor Chris MacManus is being questioned in some quarters. Even allowing for the Paul Quinn controversy, some observers are predicting that outgoing Sinn Féin TD Martin Kenny could top the poll, although Fianna Fáil’s Marc MacSharry is also considered a likely front runner. Former MEP Marian Harkin had been the bookie’s favourite, and is still expected to take one of the first three seats in this four seater.

The battle for the last seat is expected to be tightly fought between between Fianna Fail’s Eamon Scanlon and either of the two Fine Gael contenders, Senator Frank Feighan or Sligo county councillor Thomas Walsh.

It’s been a case of Murphy’s law for Fine Gael in the constituency with a series of unfortunate events making the campaign even more difficult for its candidates. The bizarre decision to expel the wife and son of former Fine Gael Junior Minister John Perry, now running as an Independent candidate (only to reinstate them after an outcry), has added to the impression of chaos. After the two Fine Gael candidates selected at convention, former TD Gerry Reynolds and Sligo county councillor Sinead Maguire withdrew, the party tried unsuccessfully to convince retiring TD Tony McLoughlin to return to the fray. Later it tried to woo Harkin, who was first elected to the Dáil in 2002, before heading to the European Parliament in 2004.

A lot will hinge on the order of eliminations in this constituency which includes north Roscommon and south Donegal and where 19 candidates are running, leading to predictions of a very drawn out but fascinating count.

Party insiders say that if Fine Gael don’t secure a combined first preferences vote of 11,000, Eamon Scanlon will be on course for the type of dramatic last minute victory he secured in 2016.