The Dún Laoghaire candidate was elected at the eighth count 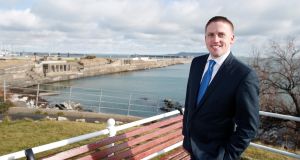 Cormac Devlin (39) became the youngest-ever candidate elected to Dún Laoghaire-Rathdown County Council in 2004 at the age of just 23.

He took his seat in this general election on the last count, regaining a seat for Fianna Fáil in Dún Laoghaire after two terms in the wilderness for the party. He also managed to finally shrug off his colleague on the council Mary Hanafin, the party’s former deputy leader, who has dogged Devlin’s political progress for several years.

Devlin was selected as a candidate for the 2016 election, but, prior to the election, Hanafin was added to the ticket. The two candidates split the Fianna Fáil vote and the party failed to win a seat, despite having enough combined first preferences.

Again this time out, Devlin won the selection convention, but the party’s national constituencies committee decided last week to add Hanafin to the ticket alongside Mr Devlin.

It appeared from the tallies the candidates could again split the vote, but Devlin ultimately won out.