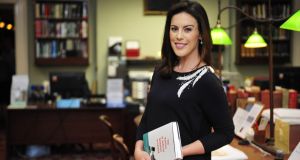 Jennifer Carroll MacNeill (39) was the deselected Maria Bailey’s replacement on the Fine Gael ticket and there were no great expectations that she would take a seat, with the longer-serving councillor Barry Ward seen as the stronger bet.

However, she emerged ahead of her senior colleague, Mary Mitchell O’Connor, outgoing Minister for State for Higher Education, from the tallies and took the only Fine Gael seat on the last count in Dún Laoghaire without reaching the quota.

Elected to Dún Laoghaire-Rathdown County Council for the first time in 2019, she has worked barrister, legal academic and ministerial policy adviser.

She joined Fine Gael as legal adviser to then-party leader Enda Kenny in 2008 and went on to become a policy adviser in government to ministers Frances Fitzgerald, Alan Shatter and Eoghan Murphy.

She is married to Hugo MacNeill, the Ireland international rugby full-back from the 1980s.

The couple live in the Killiney area with their four-year-old son.