Dealing with racism is an everyday reality for Travellers, conference hears 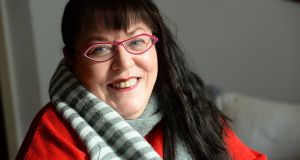 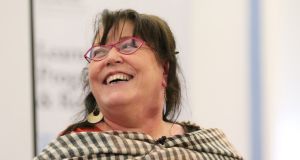 Rosaleen McDonagh (above) at the Deeds not Words? Assessing a Century of Change conference at the National Museum of Ireland at Collins Barracks in Dublin on Saturday. Photograph: Nick Bradshaw/The Irish Times

The last week has been a “horrendous” one for Traveller women, a playwright and member of the Traveller community has told a conference marking achievements for women since some in Ireland were granted the vote 100 years ago.

Rosaleen McDonagh was speaking at the ‘Deeds not words? Assessing a century of change’ conference at the National Museum of Ireland at Collins Barracks in Dublin on Saturday.

Academics, historians and writers delivered papers on topics such as the depiction of the female body in 1960s women’s magazines, women’s healthcare and the design of female uniforms for the Army in the 1980s.

While she did not mention any candidate in the recent presidential election by name, Ms McDonagh said the contest had been “a reminder of the struggle to challenge racism”.

She said: “It’s the kids - the small ones, the teenagers, the vulnerable ones that get vilified.”

Presidential candidate Peter Casey, who came second when the votes were counted last week, caused controversy during the campaign with his comments about Travellers, including his denial of Traveller ethnicity.

He repeatedly rejected charges that his comments were racist, saying: “There is not a racist bone in my body.”

Meanwhile, Ms McDonagh said when the media moved on to a different story, Travellers were left with the “debris of trying to instil a sense of pride in our children and young people”.

“We see ourselves as bold and brilliant. We survived policies of assimilation. Our culture is fluid. We are proud and strong. We are diverse,” she said.

Ms McDonagh said the values of “self-determination, equality, non-discrimination and solidarity” were “central to our work as anti-racist feminists”.

She continued: “The burden is too heavy to bear - you all need to challenge the racists - not on social media but in their own families. In your workplaces, in the gym, with your neighbours, with your friends, with your families. Have those difficult conversations everywhere as often as you can.”

Ms McDonagh said there was talk about a “national conversation”, and that conversation was “about me and my community and my ethnicity”.

She added: “If there’s going to be such a public conversation, I would hope we won’t start naming and shaming Travellers.”

Issues such as rural crime and antisocial behaviour affected the Traveller community also, she said.

“The rules for a national conversation must include the topic and fallout of both individual and institutional racism.

“I would also be bold enough to say Traveller women and Travellers of all ages have been having that conversation for the last 40 years, but it seems to be happening in a vacuum.”

She said so-called feminist “waves” failed to realise the impact of racism and discrimination on some women’s lives.

Traveller women were also dealing with issues of sexism from within their own community as well as sexism from the wider settled community, she said.

“Dealing with racism is an everyday reality. Traveller women are the custodians of culture, not subordinates. Respect for our identity is an ongoing struggle.”

Before she began delivering her paper, Ms McDonagh told those in attendance it had been a “horrendous week for Traveller women”.

“I’m exhausted,” she said. It was not a word she liked to use, she said, but the period had been “really ugly”.

“Sometimes the fallout of public displays of racism mean we as women lock ourselves away to protect our families, our children and our partners,” she said.

“We need to remind ourselves of the women who are not here and the Irish women who have been written out of history,” Ms McDonagh added. This included deaf and disabled women.

This was a “whole other area” of Irish feminist history that needed to be explored and aired, she said.

Ms McDonagh said she wanted to add one “celebratory” note: “As Irish women we have had several national conversations and we have won them all.”

A performer and a member of Aosdána, Ms McDonagh is currently a PhD candidate at Northumbria University.

Closing the conference, Labour Party Senator Ivana Bacik highlighted the commemorations this year of the 100th anniversary of some women in Ireland getting the vote.

She said it had not been a short campaign but a “lengthy and gruelling” campaign and was “the culmination of many decades of suffragettes and suffragists”.

The suffrage campaign was not just about winning the vote, but was also about equality for women more generally.

She noted there was clearly a lot more to be done to bring women forward in politics, but noted that the quota introduced in 2012 had succeeded in increasing the number of women in the Dáil to 22 per cent.

The event was organised by the Education and Outreach Department of the National Museum.