Parties use millions of public funds for election war chests 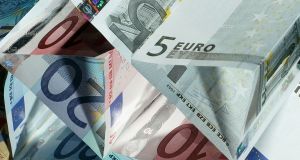 Political parties are using million of euros of public funding to bolster their financial position ahead of European and local elections – and perhaps a general election – next year.

Audited party accounts for 2017, released by the Standards in Public Office Commission yesterday, show parties repairing their balance sheets with State funding and squirrelling away cash after the election in 2016 in anticipation of next year’s elections.

While parties are prohibited from using State funding for the purposes of electioneering, they are entitled to spend the cash preparing for elections by using it for research, communications, party organisation, publicity and other preparations.

The Fianna Fáil accounts state explicitly that while the party’s financial position is “now a relatively positive one”, its treasurers are “focused on ensuring that the party’s finances are well positioned for the challenges emanating from the upcoming electoral cycle”.

Fianna Fáil received the greatest amount of State funding last year, taking in €5.6 million under three schemes – the electoral acts funding (related to the share of the vote in the last election), the party leaders’ allowance (related to the number of Oireachtas seats) and staff support and funding from the Houses of the Oireachtas Commission.

The party used its strong income to pay off debt and build up cash – it had some €700,000 by the end of the year – in advance of forthcoming elections.

Fine Gael has the strongest financial position of any of the parties, recording a surplus for the year of €1.6 million and was holding cash at the end of 2017 of some €1.6 million. Though its public funding is lower than Fianna Fáil’s because many of its TDs are Ministers or Ministers of State and enjoy the support of their civil servants, the party had a strong performance in fundraising and subscriptions income.

The Labour Party experienced a drastic drop in State funding when it suffered heavy seat losses at the 2016 election but the party retained a significant cash buffer to assist in its rebuilding. Last year, it received State funding of €1.6 million (plus €100,000 in subscriptions), recording a surplus for the year of €150,000. However, the accounts show a hefty cash pile – some €2 million is at the party’s disposal as it seeks to rebuild its organisation and support.

Even the smaller parties such as the Greens and the Social Democrats – who receive a fraction of the funding of the larger parties – have accumulated cash reserves.

Solidarity/People Before Profit received almost €900,000 in State funding, and spent all of it – plus slightly more – also recording a small deficit. However, the party still had €150,000 in the bank at the beginning of this year.

All parties will receive similar grants from public funds this year.

1 Transgender Cork farmer (65) surprised at positive response to telling her story
2 Bobby Storey: The IRA's planner and enforcer who stayed in the shadows
3 Q&A: How close are we to having a Covid-19 vaccine?
4 Covid-19: Mother and daughters moved into nursing home to tend to elderly residents
5 Unflappable ‘Dr Tony’ became public face of Covid-19 crisis response
Real news has value SUBSCRIBE