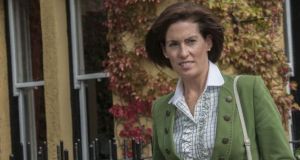 The chair of the Oireachtas Communications Committee Hildegarde Naughten, said it was ‘critical’ the Government proceed and sign the contract.

It would be a “waste of time” to independently review the €3 billion national broadband plan, Fine Gael members of the Oireachtas Communications Committee have said.

The committee has launched a report on the plan which has recommended a three-month independent review as well as a new cost benefit analysis. It has also recommended that the network remain in public ownership.

Fine Gael members of the committee, including the chair Hildegarde Naughten, voted against those recommendations.

At the launch, Fine Gael senator Joe O’Reilly said he did not believe anything new would be gleaned through an independent review and said he did not think the €3 billion figure could be reduced.

He also said that it was too late to look into the issue of public ownership and it would be a “waste of time” to further delay the report.

Ms Naughten said it is “critical” that the Government proceed and sign the contract. “We cannot afford not to do it.”

“Broadband will allow people to be able to work from home. We need this for Ireland, for rural Ireland and urban Ireland. This has been assessed at every critical junction,” she said, adding, “I don’t believe we will have new information in three months.”

Fianna Fáil TD Timmy Dooley said the recommendation for a three month review came about as there was still a “gap of knowledge” about other potential viable alternatives to the Government plan while Green Party leader Eamon Ryan said he believed the cost could be reduced.

When asked if Fianna Fáil would rescind its support for Government if the committee’s recommendations are ignored, Mr Dooley said this would not be the case.

Fianna Fáil TD James Lawless said, however, that after Brexit and the budget “all bets are off”.

“We are going to see out Brexit and there is a budget, but after that we are into new territory, we are into a new arena.”

The committee’s report, which was passed by five votes to three, has also called for the network to be kept in public ownership.

“The committee notes that, notwithstanding timeline complications, the broadband network infrastructure should be under the ownership of the State as it is strategically important to the State. There is no justification for the resulting network to be owned by the minority investor instead of the majority investor, which is the State,” the report says.

The document also calls for the plan to be further revised so that the full cost of providing a connection for every new house to the broadband network is provided for in the planning conditions for the construction of a new house.

The document will now be given to the Minister for Communications Richard Bruton who will analyse it before bringing it to Cabinet with a decision as to how to proceed.

Government sources have indicated that the report it unlikely to be accepted as they believe it could delay the roll-out of high-speed broadband by potentially several years.