Broadband network should be kept in public ownership, committee to say 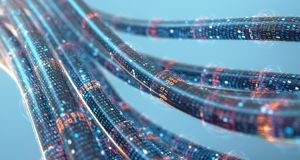 The committee will criticise the lack of private sector risk associated with the broadband project. Photograph: iStock

An Oireachtas committee is set to recommend that the national broadband network be kept in public ownership and that a new cost analysis of the plan is carried out.

Members of the Oireachtas Committee on Communications met on Tuesday morning to finalise a report on the controversial €3bn plan.

One of the only recommendations not to be adopted by the committee was a proposal from Fine Gael to sign the contract and commence the roll-out as soon as possible, in what represents a blow to the Government’s plan.

Sources said the committee will criticise the lack of private sector risk associated with the project; will recommend greater government oversight of the National Broadband Ireland board; and will find that the procurement process was overly restrictive.

The final report will recommend that the Government commission an external and independent review on whether its proposals are the only viable option.

It will also recommend that the network should remain in public ownership.

The Government is not obliged to accept the recommendations but will come under political pressure to do so as the report has cross-party support.