Ireland’s banshee: A delusion of peasants or a spirit with a mournful wail?

The banshee debate polarised readers of The Irish Times in 1893 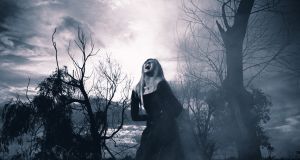 One Irish Times reader reported hearing a “low wail and after some time the most piteous sobbing I have ever heard”. Photograph: iStock

“I do not believe that the banshee’s cry is not now heard in Ireland. I most distinctly heard it about five years ago, previous to the death of my dear brother; he was ailing at the time. It was 12 o’clock at night. I was up with him watching in case he required a drink, when suddenly I heard an indescribably mournful cry.” A letter to the Weekly Irish Times on April 8th 1893, titled “Where has the Banshee gone?” answered its own question. It hadn’t gone anywhere.

But that was far from the end of it. The banshee would grip readers for months as sceptics and witnesses lined up to fill the columns of the Editor’s letter box.

The Banshee will be a familiar ghost story. It is a spirit - described as a woman (though not always, according to one witness below) dressed in white, with unkempt hair and emitting a pitiful, mournful keen or wail that warns of the death of a family member. In some versions, it has a brush (unkempt hair, etc.) Many accounts link the spirits to families of the oldest Irish stock and the Milesians. Sometimes the banshee appears old and frail, other times the embodiment of a young member of the family who died in some tragic circumstance or other. Often, nobody seems to see it at all.

Accounts differ but one thing is certain. The banshee, like so many other topics, polarised readers in 1893.

“My father heard the banshee cry forty years ago for a great aunt of mine, or, I should say, before the death of my great aunt,” wrote Minnie McKeown from Co Armagh the following week. “It was at an early hour of the morning. The banshee was then said, or supposed, to be a little woman. However, she has never been seen or heard of since that time . . . I hear old Irish people say that there are no witches now; so the banshee and witches must all be gone to the same country.”

The cry was heard in Wicklow, too. A writer named Ovoca stated “she was distinctly heard, on a hill in Ovoca, County Wicklow, about 8 o’clock one night last month, by my sister and her husband. The next morning they heard of the death of a friend.”

Pip the Fiddler’s uncle had died, and the letter writer was sure the dying man himself had addressed the spirit. “An uncle of mine being very ill, my father and some country neighbours were staying up with him all night. About 12 o’clock my uncle suddenly sat up in the bed, and, pointing towards the window, exclaimed: ‘Ah, you’re there, poor thing, you are.’ Just then they all distinctly heard the mournful wail of the banshee.” He died the next day.

With the testimonies came the detractors. One of the staunchest early naysayers was EOB, who said he was glad of the banshee’s disappearance.

“To my mind the advance of education and consequent diminution of superstition is quite sufficient to account for it. But so long as ignorance obtains in some parts of the country so long will the voice of the banshee be occasionally heard; or until some modern St Patrick banishes all the cats, owls, peacocks, jackasses and ‘laughing dogs’, from Ireland,” wrote EOB.

That letter sparked fresh outrage - not least of all because of the condescending tone and linking of belief in superstition to an unsophisticated class. The word “peasantry” was rolled out a bit. But readers seemed to feel the banshee was an enduring folk legend, to be taken more seriously than leprechauns.

“If EOB refuses to believe the existence of the banshee he must consider the statements of many wise, virtuous and honourable men untrue. He and persons like him have done much to diminish belief in the banshee’s existence, but is the world any better on that account?” asked Ancho the following week.

In the middle of the debate, some attempted compromise unsuccessfully. Layton Hill was shot down after theorising that animals were likely making the noises and that “animals are sometimes disturbed at the death of a human being”. Meanwhile, the literalists weren’t happy when Hyacinth wondered how useful it was examine the facts underlying a “poetic belief”.

Two debaters emerged in the final phases. RK Hamilton, in the last week of July, said without hard evidence, the Banshee was to be seen as “a delusion, which I regret so many Irish people cling to, and only because these delusions were handed down to them from their ancestors.”

Patrick Farrell in response, spun his own Kildare banshee yarn.

“It was a beautiful moonlight night in December, business having detained me until a late hour and not feeling weary I determined to have a short stroll this night being gloriously fine. On my return I was astonished to find my greyhound trembling violently - the cold sweat actually dripping off him. For some time I sought in vain for a solution of this strange occurrence,” he wrote.

“After some time I heard coming from a bush in the middle of a small paddock at the back of my house a long, low wail and after some time the most piteous sobbing I have ever heard. Being then a disbeliever in banshees, ghosts, goblins, fairies, leprechauns and company, I was glad of an opportunity to test once for all their genuineness.”

Farrell had trouble stirring the terrified dog. He set out alone, with his stick, to investigate. Among the shrubs, he saw a deer; “milk-white” and “sobbing in the most heartrending manner.” Farrell watched for five minutes and then took a swing at the animal: “The stick passed through space, but I heard such a scream as I hope and pray shall never fall on my ears again.”

Farrell fled the scene, to later discover that his cousin, in Australia, died the same night.

RK Hamilton wasn’t sold. In his reply, he said Farrell had proven only that he hit a deer with a stick. Or maybe his greyhound, or perhaps his own leg.

Some time in August, readers became bored. In letters on different topics, they asked why the banshee had demanded attention, while other worthy issues went ignored.

The debate petered out without an answer. The letters section moved on as so many in Ireland had already. Besides, there were more pressing matters at hand. “Can horses think?” and “Should consumptives marry?” needed the space.