Americans more likely to be killed by lawnmowers than foreign terrorists

Statistics of the year: 21 Americans killed by ‘armed toddlers’; 11,737 by other US citizens 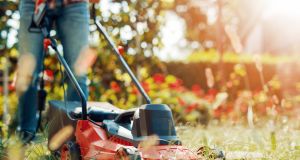 The international statistic was 69, the number of US citizens killed on average in lawnmower accidents each year. Photogrpah: iStock

The numbers that best sum up 2017 are 69 and 0.1, said Britain’s Royal Statistical Society (RSS) as it launched its inaugural Statistics of the Year award.

Intended as the numerical equivalent of the Oxford English Dictionary’s Word of the Year, the venerable society, founded in 1834, chose an international and UK award, from a list of nominations made by its members, staff and the general public.

The international statistic of the year is 69 - the average number of Americans killed in lawnmower accidents each year, compared with the two killed by immigrant Islamic terrorists; 21 were also killed by “armed toddlers”; and 11,737 by other Americans

Originally published in an article in the Huffington Post, the number went viral after it was tweeted by Kim Kardashian in January in response to Donald Trump’s proposed ban on Muslim migrants.

The article’s other numbers also showed that five Americans were killed by far-right terrorists, 21 by “armed toddlers” and 11,737 who were “shot by another American”.

“Everyone on the panel was particularly taken by this statistic and its insight into risk. When you consider that this figure was put into the public domain by Kim Kardashian, it becomes even more powerful because it shows anyone, statistician or not, can use statistics to illustrate an important point,” said Liberty Vittert, a member of the RSS’s judging panel.

The UK Statistic of the Year was 0.1 per cent, the proportion of the land area that is densely built up. This figure was revealed in A Land Cover Atlas of the United Kingdom by Alasdair Rae, a professor at Sheffield university.

“The 0.1 per cent figure highlights the fact that our perceptions about urban density and the country being ‘concreted over’ are not always 100 per cent accurate.

“The fact that less than 6 per cent of the UK is built on also shows that there is space for new housing, if we want to build it. But, of course, it’s not always in the places where demand is greatest, and that’s a crucial point,” said Prof Rae.

“The strength in this statistic is its surprise element. I think the figure is far smaller than most people will have expected,” said David Spiegelhalter, the RSS president.

The judging panel also commended five other numbers, including -3 per cent, the level of average pay in the UK at the start of 2017, compared with the pre-recession peak in 2008; 7.7bn, the number of active phone connections which now exceeds the world’s population; and 403.3, the number of parts per million of carbon dioxide in the atmosphere. –The Financial Times Limited 2017