Warning of 180,000 jobs at risk due to international travel restrictions 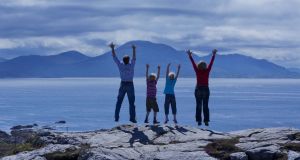 Overseas tourism revenues are likely to collapse by two-thirds this year as a result of Covid-19, an Oireachtas committee has been told.

In 2019 the overseas market brought in €9 billion in revenue; this year it will be closer to €3 billion. Foreign visitors account for 75 per cent of all tourism revenue earned in the State, members were told.

Speaking at the Joint Oireachtas Committee on Media, Tourism, Arts, Culture, Sport and the Gaeltacht, Ruth Andrews, the chair of the Government’s Tourism Recovery Taskforce, said 180,000 jobs in the sector are in danger of being lost for good if a way is not found to resume international tourism.

She said the tourism sector was vital to the recovery of the economy after the economic crash of 2010 and will be so again if international tourism can be resumed.

“ We must do so in a safe manner, of course, and the recent adoption of the traffic light system in the EU is an important first step in this regard. It is vital now that we fully explore the appropriate testing regime for implementation so that the current period of quarantine may be removed,” she said.

She is also chief executive of the Inbound Tour Association Ireland which annually brings in 700,000 visitors to Ireland.

She pointed out that these businesses bring in tourists who spend an average of eight nights in the country and bring in large amounts of money. These businesses have lost 95 per cent of their revenues this year.

“Without international access, they have not been able to operate. They vitally need support,” she said.

Former Fianna Fáil TD Sean Connick, the managing director of the Dunbrody Famine Ship and Kennedy Homestead in New Ross, said all tourism businesses are only in “survival mode”.

He anticipated that the tourist industry will still be largely dependent on the domestic market next year.

Buswells Hotel general manager Paul Gallagher said hotel occupancy for November is only at 4 per cent.

There will be 57,600 empty bedrooms across the State every night during November as a consequence of the lockdown, the committee was told.

“Business owners are at their wits’ end as to how they are going to sustain their businesses,” he said.

He anticipated that insolvency rules will become an “enormous issue” when companies have to complete their audited accounts for 2020.

“As companies have to complete their audited accounts in the New Year, the undertaking they will have to find in order to continue to trade will be extraordinarily difficult,” he said.

Many tourism businesses have burned through their cash reserves, he added, and will be unable to take on new debt because of their trading performance.

“No business premise is going to talk about becoming insolvent in public, but your bank of recourse will become nervous about your prospects,” he said.

He suggested that the State should bring in low interest loans for businesses that are in trouble.

December is a key month for the hospitality industry, he stated, and there are worries that even a return to Level 3 will not be sufficient to save many businesses.

“You would have to wonder what is the survival rate in the SME sectors around the tourism industry,” he said.