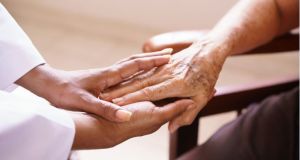 Two residents at a community hospital in West Cork had run up arrears of over €135,000 between them, a new HSE internal audit report has found, and senior management in the HSE’s Cork/Kerry Community Healthcare Organisation were unaware of the situation.

The report, released on Monday also said charges in respect of one individual - identified as client A - amounted to €95,462.

“Schull Community Hospital management confirmed that “no monies had ever been received by the hospital for client A’s contribution to care charges”, the audit says.

Charges in respect of a second person - identified as client B - of more than €40,300 were also outstanding at the time of the audit field work in May 2019.

The audit says that senior management in the HSE’s Cork/Kerry Community Healthcare Organisation were unaware of the shortfall in client contributions at the facility.

“There is no policy currently in place to deal with the accumulated debt for those in HSE long-stay institutions or guidance available for community hospital staff on the process to follow in such instances.

“However it appears that a national policy on this matter may be in progress”, the internal audit report states.

It also provides some services to persons over the age of 18 where required. It is a mixed gender facility and has 26 staff.

The audit also found the hospital was not compliant with the provision of the Haddington Road public service agreement which ran from 2013 to 2016. An examination of rosters found three members of staff were not fulfilling the required working hours under the accord. An additional hour of unpaid overtime had not been worked up to the end of March 2014 by those staff who had a 39-hour week.

The audit also said that the reduction applied to the annual leave of nursing staff was not in accordance with the provisions of the Haddington Road agreement.