71-year-old was a quiet, beloved presence on UCD campus for more than three decades 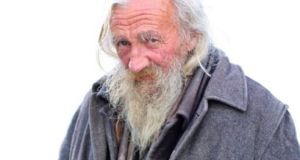 Michael Byrne was for decades part of the fabric of college life at UCD. His body was found on the Belfield campus on Monday. Photograph: UCD Twitter/Humans of Ireland Facebook page

Tributes have been paid following the death of a homeless man who frequented UCD’s campus in Dublin and became known affectionately by staff and students as “Old Man Belfield”.

University College Dublin named the man who, for decades, was part of the fabric of college life as Michael Byrne after the discovery of his body on the Belfield campus in south Dublin.

“A fiercely private person, we thank those of you who quietly looked out for Michael. We will miss him around the campus,” the university said on its official Twitter account.

An Garda Síochána said late on Monday night that it was investigating the circumstances “surrounding the discovery of a body of a 71-year-old man in Belfield, Dublin 4.”

Gardaí were called to the university campus shortly after 12 noon on Monday.

Mr Byrne was pronounced dead at the scene and his body was removed to Dublin City Morgue. The scene was preserved and the coroner was notified, the Garda said.

A postmortem is taking place on Tuesday and the Garda said the results will “determine the course of the Garda investigation.”

Mr Byrne’s next-of-kin, a man who only wanted to be identified as “Sam”, said that he had acted as his representative or “agent”, collecting his State money from the post office every week.

“He just wanted to keep to himself, stay away from everyone, but I am sure he appreciated everyone who ever gave him a nod or a wink, or said hello,” he said.

Sam said he had acted for him for seven years, taking over from his father after his death; his father had, in turn, taken over these duties from Sam’s mother after her death.

His mother had met Micheal through her work with the Simon Community about 30 years ago and “she just fell fond of him and looked after him,” he said.

“Michael wouldn’t speak but he knew when it was 8.30am on a Thursday morning. He would be at my house to collect his money, rain, hail or shine. I could set my watch by him,” he said.

He last saw Mr Byrne last week when he came to his home to collect his money and had been noticing him “getting weaker by the month, and slower.” On cold nights, he always wondered how Mr Byrne was coping outside but believes the fact that he never drank alcohol helped.

He recalled Dublin Corporation offering Mr Byrne social housing but he was “comfortable” being homeless and was founded to be healthy by doctors who inspected him at Sam’s home.

Mr Byrne was happy to sleep rough, he said.

“Michael would never take a set of keys from anybody, he would never move inside. He was your genuine homeless person,” he said.

Sam said he became upset when had to identify Mr Byrne’s body for gardaí on Monday and that, as next-of-kin, he had requested Mr Byrne’s ashes.

He hopes, having tried and failed to trace any of Old Man Belfield’s family members over the years, that the publicity around his death might lead to some of his family coming forward.

“It is really sad. Somebody out there knows something about him. Wouldn’t it be nice if he had a brother or sister out there and that they knew that he died comfortably?” he said .

Gary Smith, facilities manager at UCD, said he interacted with Mr Byrne for more than 20 years but did not know his family personal background, where he actually slept and never once heard his voice. There had been “plenty of myths, probably urban myths” about Mr Byrne over the years, he said.

He used to spot him around the campus and entering through various gates.

He recalled once telling Mr Byrne that he could not smoke outside the UCD Student Union shop, a favourite resting spot, when the smoking ban was introduced and of the time when he and colleagues offered refuge to the homeless man as Storm Ophelia was approaching in 2017.

“While he was always there, it was very clear that he was just there doing his own thing, maybe living in his own world. He was clearly private; he didn’t want to talk to anyone,” he said.

“I got the feeling that when you talked to him, he understood what you were saying and that you were communicating with him but he never wanted to communicate back.”

Independent Dublin city councillor Anthony Flynn and chief executive of Inner City Helping Homeless, a volunteer group that helps the homeless, said Mr Byrne’s body was found in a sleeping bag on the campus by another homeless man on Monday morning.

“We warned that unless increased efforts were implemented regarding outreach protocols we would see further deaths,” he said.

Mr Byrne was remembered as a “gentle soul” and “a still centre to all the activity” on campus. He was described by one graduate as “a silent guardian of UCD in his grey cloak.”

UCD’s College Tribune reported last November that Mr Byrne enjoyed “a sort of informal network” of support around him with local shopkeepers and agencies such as Focus Ireland checking in on him on an “observational basis” and that he had declined help many times.

The university newspaper quoted Mr Byrne’s “current caretaker” saying that a social worker once secured a space for the homeless man in a local housing project.

“During a visit, the social worker brought Michael a sandwich and a set of keys. He explained to Michael that an apartment had been set aside for him, for the rest of his days, no questions asked,” the newspaper reported.

“Michael took the sandwich, and left the keys. Characteristically, he provided no explanation.”

He was described as a man who rarely spoke but enjoyed cigarettes and chatter of students around him.

UCD academics and former students took to social media to share memories of Mr Byrne who was a regular figure on the university campus for more than 30 years.

Senator John McGahon remembered Mr Byrne calling into the Centra shop on campus when he attended the university between 2010 and 2013.

“I was thinking about him during the first lockdown and wondered how he was doing. Such a kind soul,” the senator tweeted.

“I often saw restaurant staff bring him a tray of dinner, and students and staff bought him sandwiches and tea. Though I never heard him speak, he often nodded hello to me. Sad to think we’ll not see him again,” he tweeted.

UCD professor of pharmacology Orina Belton tweeted: “So sorry to hear this. Go well and go peacefully Michael. We will miss your quiet presence in UCD.”

Aidan Regan, associate professor of political economy at UCD, said he would “love to see a mural of him somewhere on campus.”