Torture was ‘the norm’ in the North, says university lecturer 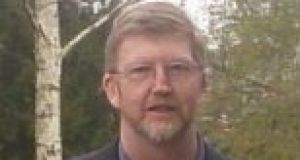 Dr Féilim Ó hAdhmaill said he believed he was going to die when water was poured over his mouth and nose.

A university lecturer who alleges he suffered “waterboarding” after he was arrested in Belfast in 1978 has said he believes torture “was the norm, rather than the exception” in the North in the 1970s.

Dr Féilim Ó hAdhmaill – who was then a 20-year-old student at Queen’s University, Belfast – said he believed he was going to die when water was poured over his mouth and nose.

“The sensation was that of drowning, you felt you were drowning because you couldn’t breathe in air, all you were breathing in was water.

A 1978 statement by Dr Ó hAdhmaill, who was then known as Phelim Hamill, is one of a number of documents uncovered by Derry-based human rights organisation the Pat Finucane Centre which contain allegations of what is now known as “waterboarding”.

It involves temporarily filling a victim’s nose, sinuses, mouth and throat with water so that he or she has the sensation of drowning.

The statements given by Dr Ó hAdhmaill and others are to be publicly read in Derry on Monday as part of an exhibition on the legacy of colonialism.

In his statement, to the Association for Legal Justice (ALJ), Dr Ó hAdhmaill said he had been arrested and beaten by about 20 detectives.

“My arms and legs were pinned down and a light-coloured towel was put over my head, obstructing my vision.

“They tied the towel around my neck and choked me. Whilst the towel was tied around my face a cup of water was poured down my throat and nose giving me a drowning feeling.”

A British government spokesperson said the UK “considers torture or inhuman treatment to be an abhorrent violation of human rights and human dignity”.

“It consistently and unreservedly condemns the practice,” the spokesperson said.

Dr Ó hAdhmaill said the RUC wanted him to admit involvement in the murder of a police officer. “I was held for a number of days, during which I was badly beaten.

“The main aim was to get me to sign a statement of admission of involvement in the IRA and involvement in the killing of a member of the RUC who worked in Castlereagh. A number of people were rounded up and brought in, and I was one of them.

“During that particular period it was the norm and I thought my treatment was severe, but it wasn’t unusual.

“It was only really when things came out about waterboarding in Iraq that people started to revisit some of the stuff that took place in the North and my case was one of a number of cases where it was alleged that what we went through was waterboarding.

In a statement, the PSNI’s Assistant Chief Constable Mark Hamilton said that as he had not seen the documentation referred to he was unable to provide any substantive comment on its substance at this time.

“Where people have a complaint regarding the actions of army personnel, they should contact the police.

“Anyone with a complaint about the actions of police should contact the office of the Police Ombudsman,” he said.

In 1994 Dr Ó hAdhmaill was convicted of conspiring to cause explosions in England and sentenced to 25 years in prison.

He was released under the Good Friday Agreement, and is now a lecturer in social policy at University College, Cork.

“The thing that I’m most concerned about today is peace, and it seems to me that we’re not going to get peace until we have some sort of release for people who have gone through all sorts of things.

“Rather than saying no, we didn’t use torture, I think the British government needs to come out and say yes, we did this as part of a number of different attempts to deal with what we thought was an emergency situation

“At the end of the day the British soldiers and the RUC, regardless of what I personally feel about them, they were the cannon fodder, they were the footsoldiers, they did what they were told.