State is ‘rock bottom’ in Europe for number per head of population, judge says 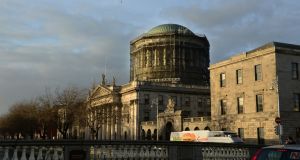 Mr Justice Richard Humphreys called on the Oireachtas to legislate for the appointment of more judges. Photograph Cyril Byrne

A High Court judge has called on the Oireachtas to legislate for the appointment of more judges because the State is “rock bottom” in Europe for the number per head of population.

Mr Justice Richard Humphreys, who was speaking in a personal capacity as he opened the 27th annual Parnell Summer School in Co Wicklow, said this was the “single biggest thing” the legislature could do to improve the quality of justice in Ireland.

Our “exceptionally weak position in terms of number of judges per capita” seemed to have passed “under the radar of public consciousness”, the judge said.

“In my view the single biggest thing that the Oireachtas could do to improve the quality of justice in Ireland is to legislate to provide for additional judicial posts,” he added.

The judge said a court hearing within a reasonable time was possible only if there were enough judges relative to the amount of litigation being undertaken. He outlined the provisions of article 26 of the Constitution, which provides that the number of judges is set by the Oireachtas.

“One has to respectfully ask is Ireland living up to the requirement of having enough judges to allow all hearings to take place within a reasonable time? Unfortunately, I have to suggest not,” Mr Justice Humphreys said.

“That puts Ireland firmly in the bottom layer of the international league table and rock bottom of the European league table.”

The average number of professional judges in European countries was 700 per cent of the Irish figure per capita.

Mr Justice Humphreys said the “inadequate” number of judges had to be put in the context of a significantly increased workload of litigation. He said the number of legal actions commenced in the High Court had doubled since 1999-2000.

“The real losers from the lack of an adequate number of judges are parties to litigation, and in that regard the State is the biggest loser of all from inadequate numbers of judges,” he said.

He said he hoped his comments would be seen in the spirit of “a healthy dialogue” and that the other branches of government would take them in the constructive spirit he intended.

In April, the president of the High Court, Mr Justice Peter Kelly, and Mr Justice Seamus Noonan in separate courts on the same day drew attention to the difficulties in managing High Court lists due to an insufficient number of judges.

Mr Justice Noonan, who manages the High Court judicial review and non-jury list, said the dozen cases listed that day could not proceed because there were “no judges available” to hear what were in some instances “life-changing” actions. Some cases also raised issues of important public law.

The controversial legislation aims to replace the Judicial Appointments Advisory Board with a lay commission of 13 members, with a lay majority and a lay chairperson, which Fianna Fáil objects to.

Fine Gael had the support of Sinn Féin and Solidarity People Before Profit to pass the second stage vote in the Dáil by 83 votes to 53 in July.

Minister for Transport Shane Ross, the legislation’s champion and chief supporter, had expected it to be passed before the summer, but it is now expected to proceed to its next stage in the autumn.

Mr Ross has repeatedly denied that he has a “vendetta” against the judiciary, though he insisted last week that political influence on judicial appointments must end.

The Parnell Summer School runs until Thursday, with speakers addressing the themes of crime, punishment and justice.

Policymakers and academic experts will examine the relationship of crime to politics and public policy, and also how minorities interact with the criminal justice system.