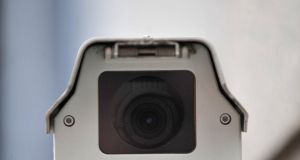 Gardaí have arrested a man for questioning about a series of thefts from churches in east Co Cork which involved thousands of euro in cash being fished out of collection boxes.

Gardaí in Cobh were alerted by a priest in nearby parish on Sunday after he discovered that somebody had been stealing money from the collection box in which people had been placing their station dues.

The priest became suspicious after he found cheques from people in another parish deposited in his collection box after the thief discarded them as he did not want to risk being identified when trying to cash them.

The priest then checked church CCTV footage and saw a man using a hooked piece of wire to remove envelopes containing cash from the box. He contacted gardaí in Cobh, who mounted a surveillance operation.

The man returned to the church on Monday to try and take more from the collection box but gardaí moved in to arrest him and following a car chase along the N25, he was stopped near the Jack Lynch Tunnel in Dunkettle.

The Romanian national was arrested and taken to Cobh Garda station where he was detained under Section 4 of the Criminal Justice Act, which allows gardaí to hold a suspect for up to 24 hours.

Detectives obtained CCTV footage from a number of churches and are questioning the man about the theft of station dues from churches in Cloyne, Midleton and Carrigtwohill as well as a church in west Waterford.

They have also frozen the man’s bank account as they believe it contains the proceeds of the man’s thefts from churches in east Cork over the past two weeks.

The Diocese of Cloyne had become aware of the issue and last week wrote to its priests urging them to be vigilant to the possibility of a thief targeting locked collection boxes in churches. The diocese explained that suspicions had arisen when cheques from parishioners in one parish were found in the collection box in another having been removed from the locked box.

There were initially suspicions that the thief might have had a master key to open all the collection boxes as none were damaged, but CCTV footage later showed a wire hook being to fish out envelopes.

It is understood that priests in the parishes targeted plan to make contact with parishioners who made donations to try and establish how much cash was taken, but the total is believed to run to thousands of euros.